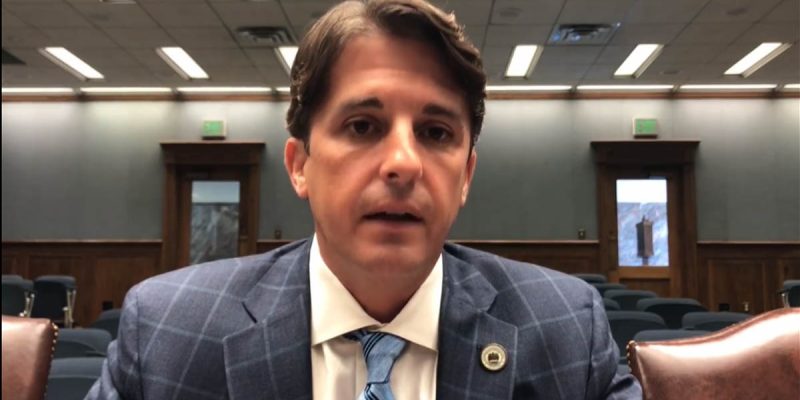 On Friday, state representative Cameron Henry, the chairman of the House Appropriations Committee, said what we’re all thinking in the wake of the revelations about the state of the Sewerage & Water Board (S&WB) drainage system in New Orleans and the threat it poses to flooding in that city.

Namely, that it’s a virtual surety at some point for the politicians of Orleans Parish to come calling in Baton Rouge in search of a taxpayer bailout to fix the broken pumping system – a system which was broken through neglect, incompetence and corruption going back decades.

Henry’s answer to that surety is the same as a majority of the state’s people will likely offer: no. Hell no.

People who have watched New Orleans politics for a long time have known that the S&WB was little more than a political honey pot for graft – that it let lucrative contracts for needless services while neglecting its equipment, that its employees far too often were deadheads and no-shows and that it was a major threat to the security of New Orleans’ people.

The S&WB would have emerged as a primary culprit in the destruction from Katrina, but it turned out that failed levees beat the failure of the pumps to the punch. Nevertheless, the federal government laid hundreds of millions of dollars in free money on the S&WB, for the purpose of updating and upgrading its infrastructure, and it’s still using equipment more than a century old running on antiquated power sources, with rusted pipes and broken-down equipment for weeks, months and years on end.

Meanwhile Mitch Landrieu runs around with the self-congratulatory whine that somehow the August 5 flood proves him correct when he’s said that S&WB has been underfunded for the past seven years – at the same time he pretends to be surprised at how poor the true state of the city’s drainage system is in. Perhaps both can be true, but Landrieu’s credibility is negative – if he had shown any degree of focus on drainage and other infrastructure, much less more immediate threats to public safety like his city’s runaway violent crime problem rather than bloviating about global warming and Donald Trump while defacing the city’s historical landmarks, perhaps one could say he warned New Orleanians.

But he didn’t. Now he’s going to say this is a money issue rather than the incompetence issue it clearly is. He’s firing a host of well-paid S&WB scapegoats who’ll walk away with six-figure pensions, and in the meantime having declared a state of emergency he’ll offer no-bid contracts to corporate patrons to “clean up” the problems at S&WB at a hefty price…which he will demand that Louisiana taxpayers or the federal government pay.

The answer has to be, as Henry says, no. The state doesn’t have the money to bail out New Orleans’ failed S&WB, or to pay for a private contractor like Veolia to do the job. That’s for the taxpayers in Orleans Parish, who through electing a series of frauds, rubes and cutpurses to political office have brought this governmental failure on themselves.

One can wish New Orleans well in its efforts to clean up its act without pouring one’s own resources in as good money after bad. Most of all, one can wish for New Orleans to have a brand-new U.S. Attorney to come along and commence the mother of all federal investigations hopefully leading to the imprisonment of all the public-sector crooks who deserve it.