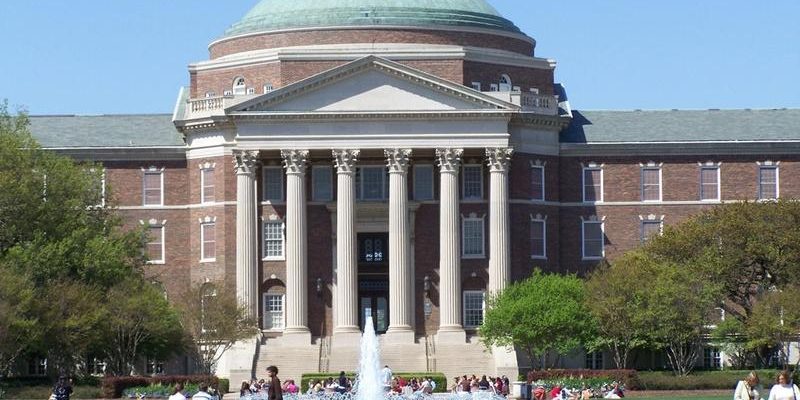 A little over a week ago, it was reported that Southern Methodist University (SMU) had denied a grounds request for a temporary memorial to the victims of the September 11th, 2001 attacks, embroiling the university into a controversy as big as Texas itself that brought into question the constitutional protections enumerated in the First Amendment.

The grounds request, submitted by the university’s Young Americans for Freedom (YAF) chapter, was declined on the basis that displays are now to be located at a different location rather than the university’s iconic Dallas Hall Lawn. In addition, the response to the request stated that “the University also respects the right of all members of the community to avoid messages that are triggering, harmful, or harassing.” In response, a coalition of student group leaders consisting of College Republicans, College Democrats, Turning Point USA, Young Americans for Freedom, the Feminist Equality Movement, and Mustangs For Life sent a letter to the president of SMU pushing back against this decision and expressing concerns over the right to freedom of speech on SMU’s campus.

Today, that fight officially came to a close. SMU, after eight days of bruising coverage and multiple meetings with student groups of all political stripes, conceded and in a press release announced that displays will be allowed on the Dallas Hall Lawn after all. The university is also planning on a revision to their display policy with consultation by student government and campus group leaders.

“I thank the students from across campus who came together in the spirit of mutual respect and civil discourse to achieve this outcome,” President R. Gerald Turner stated in the release. “Throughout these discussions, students have expressed their commitment to freedom of expression – a value the University shares.”

The decision to let the 9/11 memorial go forward as Young Americans for Freedom had planned was after much pressure by the aforementioned student groups and multiple public officials. Governor Greg Abbott and Senator Ted Cruz weighed in on the matter, with Abbott sending a letter urging SMU to reconsider the decision. “This display is not political. It is not partisan. It is not controversial. This is about our nation united,” articulated Governor Abbott in the letter to SMU’s president. While the letter did not itself cause the change in SMU’s policy, it did trigger discussions between student leaders and administration officials.

The SMU College Republicans, one of the student groups who protested the administration’s initial decision, posted the following on their Facebook page:

We are pleased and grateful that in this verbal agreement the University has conceded its restrictive policy limiting the freedom of student expression at the heart of our campus. This represents a landmark victory for the free speech rights of the entire SMU student body.

The agreement also provided that the student organizations will participate in the drafting of a new policy which reflects the stipulated terms of the use of Dallas Hall Lawn, and whose provisions protect the right to freedom of expression.

The original policy containing the content-restrictive language forbidding lawn use for displays of a social, political, or event-commemorative nature has yet to be officially nullified. However, the agreement reached provides that the new policy to be crafted by student leaders, the SMU community, and the University will supersede this previous policy.

We are proud that our coalition of student organizations has worked together, despite political differences, to stand and win for the unifying and American value of freedom of expression.

Thank you for all your support! We did it!”