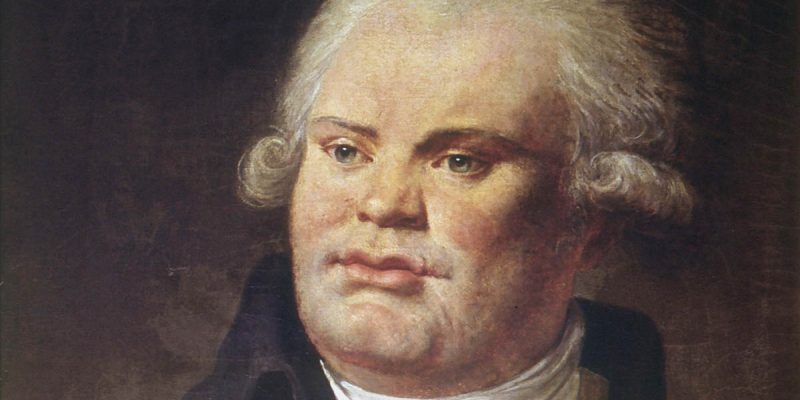 Georges Danton’s famous quote, which has been attributed to various other historical figures, touts the benefit of audacity and boldness in life’s pursuits.

It seems, whether she even knows who Danton was, that Southern University law professor Dorothy Jackson, currently on suspension for her role in the Helen Plummer fiasco, is a devotee of the disfigured Girondist hero. Whatever l’audace is, Jackson surely possesses a surfeit of it…

Embattled and suspended Southern University Law Professor Dorothy Jackson wants $10,000 for her services after she drafted a will that was called into question for an elderly client at the Council on Aging.

Those revelations were revealed in court today at a hearing over Helen Plummer’s estate. As recent as last week, an email chain went out from the paralegal of a court appointed executor saying they received an invoice from Jackson.

That email reads, “…She (Dorothy Jackson) submitted a claim for attorneys fees of $9,000 and court costs of $1,000. She is willing to not get paid her $9,000 if we just reimburse her the court costs that she advanced of $1,000. If all don’t agree then David Koch will have to file a formal motion with the court and that will incur David’s attorneys fees and court costs of probably about $500. We are thinking that it is not worth those fees and to pay Dorothy the $1,000 that she advanced for court fees.”

Jackson got into trouble after she wrote the will for Helen Plummer who was attending the East Baton Rouge Council on Aging. That will would have benefited the Executive Director of the COA, Tasha Clark Amar to the tune of over $100,000. Today, we learned how much Jackson wanted for her role in it.

“It’s shocking to me because it was brought to us that this was done at the Southern University Law Center Elder Law Clinic for the indigent,” Tracie Davis, Helen Plummer’s granddaughter said. “Those services are supposed to be free. I’m not understanding why now there’s a bill or request for reimbursement.”

Now there’s a bill because Jackson is running short on cash, obviously. And she’ll take whatever she can grasp.

What makes this an especially interesting story are the reactions of the Plummer family’s attorney, who comes from Metairie to take their case since all the Baton Rouge lawyers are terrified to represent them against the political machine of Judge Janice Clark, the mother of COA director Tasha Clark Amar who cooked up the scheme to write herself into Helen Plummer’s will. We love this guy…

“The dilemma these people face is once again they are hiding the baby, like a king cake,” Robert Garrity, the Plummer Family attorney said. “Mr. Koch got a letter from Ms. Jackson, but now he can’t show the letter because it’s confidential. It’s a request for fees charged against the estate. It should be filed in the record.”

Garrity is from the New Orleans area and is now representing the Plummer family. He says he’s never seen anything like this case before in his decades practicing law.

“I’m from Jefferson Parish, we have our problem with corruption alright,” Garrity said. “This is insane. This is absolutely unbelievable that it’s even being entertained. When you turn the light on, cockroaches run. I don’t understand why we are still here. There’s not a single person in Baton Rouge that believes this will is legitimate.”

But here’s the punch line, and frankly, the truest thing which could be said about the entire Helen Plummer mess – almost five months on since it first came to light…

For certain. It’s unquestionable at this point that we need the District Attorney’s office – or that of the Attorney General – to start matching the COA crooks like Jackson in l’audace.

Danton, after all, got himself executed after a career of violence and corruption – and that was a good thing. All we need here is a criminal investigation and a few indictments. That’s not too much to ask, is it?