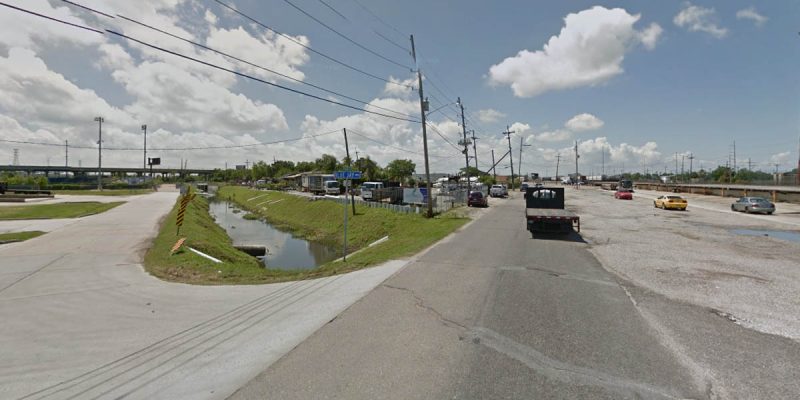 Louisiana Gov. John Bel Edwards took special delight, after having been bloodied to a significant extent in the budget fights featured in this spring’s legislative sessions, in issuing a veto to some 36 capital outlay projects worth $77 million from the state’s construction budget. Those vetoes were almost exclusively targeted at the legislative districts of the governor’s Republican critics in the House, and a disproportionate number of them were targeted at conservative strongholds in Jefferson and St. Tammany Parishes.

Interestingly enough, Jefferson Parish was quite instrumental in putting Edwards in the governor’s mansion. He managed to beat David Vitter by 1,300 votes in Jefferson, catching 51 percent of the vote, in the Nov. 21, 2015 gubernatorial runoff – a shocking result in what is a relatively uniformly Republican parish, thanks to crossover support from the local sheriff Newell Normand and a few other local politicians like Parish Councilman Chris Roberts and state senator Danny Martiny. You’d think Edwards would do everything he could to cultivate support in Jefferson and to at least keep it a battleground for the 2019 election since if he were to lose the parish 64-36 the way Foster Campbell did to John Kennedy in the 2016 Senate race he’d be finished.

But he didn’t, and one of the projects Edwards vetoed was $2 million in seed money for a drainage bypass that would move water from Hoey’s Canal, which runs essentially east along the river side of Earhart Expressway in Jefferson Parish, into the 17th Street Canal. The total Hoey’s Canal project will cost $10 million, and Jefferson Parish wants badly to get it off the ground since improving drainage in that area would do wonders to alleviate concerns of flooding in Old Metairie, which was inundated during Katrina but has since come back as possibly the single most valuable real estate in the entire New Orleans area.

But Edwards vetoed that $2 million, mostly because the $2 million was seen by the Fourth Floor as a Conrad Appel/Kirk Talbot/Cameron Henry project and after all, Appel in the Senate and Talbot and Henry in the House were staunch opponents of the governor’s spending plans. Everything was politics as usual.

“This is a project that affects Orleans and Jefferson, which everyone has agreed is important. Clearly we have significant problems with drainage, especially in Orleans Parish,” Henry told the Advocate. “But my relationship with the governor is that we have different political philosophies, and this is his way of getting back at members for not voting the way he wants. One way he gets back at us is vetoing projects in their districts.”

Then came the Aug. 5 flood in New Orleans, which put the issue of drainage on the front burner in that city and in particular the relationship between politics, specifically the corrupt kind, and drainage infrastructure. Jefferson Parish didn’t flood like New Orleans did on Aug. 5, largely because Jefferson’s pumping stations are considerably better run than New Orleans’ are, but in the fallout after the flood it was revealed that the inefficiencies and rot infecting the New Orleans Sewerage & Water Board could jeopardize drainage in Jefferson as well, and the Hoey’s Canal project would have the effect of mitigating that risk.

Meaning that thanks to John Bel Edwards’ veto, a parish which actually voted to make him governor could end up flooding when it didn’t have to.

And everybody in Jefferson Parish now understands it.

Yesterday a letter went out from Jefferson Parish President Mike Yenni, who our readers know has lots of problems of his own, to Edwards which unloaded on the governor for that veto…

Edwards’ media flack Richard Carbo is working hard to diffuse the political bomb ticking in the basement of the governor’s mansion over this veto. In the abovementioned Advocate article, he gave this spin…

“Legislators like Rep. Henry and Sen. Appel scream from the mountaintops about cutting spending, but then cry foul when the cuts hit their district. The bottom line is the capital outlay process doesn’t have enough money to do all the projects we’d like, and that’s the unfortunate reality,” Carbo said.

There’s a problem with statements like those, because they never really hold up to scrutiny. Henry’s response to Carbo is a good example, and Appel gave as good as he got as well…

If the governor’s concern is fiscal responsibility, Henry said, there’s no good reason why a key drainage project should be cut while less consequential projects were spared. He noted that the governor let stand a $530,000 capital outlay expenditure for a Hungarian Settlement museum in Livingston Parish.

“I’m not saying museums aren’t important,” he said. “But we can’t even maintain the ones we have open now, so why are we building a new one?”

Appel said he was frustrated that no one in the governor’s office contacted him before announcing the veto to ask about the project’s importance.

Appel said his concerns mounted after the recent floods. So in a tweet to a colleague last week about the governor, Appel wrote, “He vetoed a major drainage project in my district that drained NOLA and Jeff Parish. I guess flooded homes are not a priority either.”

“After the last rain storm, I’m thinking about the people, and if this was built how it could affect tens of thousands of people and businesses. I got concerned,” Appel said in an interview with The Advocate. “I don’t have a problem with politics, but don’t hurt the people.”

There’s a silver lining to this, as expressed in Yenni’s letter. Namely, that Jefferson Parish isn’t depending on state government to solve its drainage problems and is creating a functional bypass to move water through drainage pipes under Airline Highway to the 17th Street Canal. The only foolproof way to avoid stupid politics at the state level creating bad local effects is to not depend on state government to solve your problems.

Jefferson might be learning that, and acting accordingly, and perhaps Jefferson will then adopt the philosophy of a smaller, less expensive state government its leaders like Henry and Appel have been touting for years. If so, then maybe a debt of gratitude might be owed to Edwards after all.

But the governor shouldn’t count on that debt to be repaid in the 2019 elections, where Jefferson’s voters might well issue a veto of their own. Particularly if a deluge should come and put those nice houses in Metairie under water again thanks to insufficient drainage.

Interested in more news from Louisiana? We've got you covered! See More Louisiana News
Previous Article Is The US Attorney’s Office In DC Trying To Throw The Awan Case?
Next Article Did You See The Times-Picayune’s Shameful Mike The Tiger Clickbait Column Yesterday?