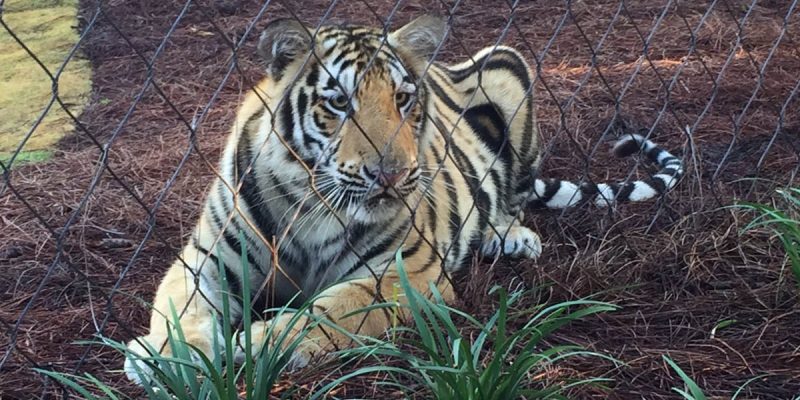 Tim Morris is supposed to be the “conservative” columnist working at the New Orleans Times-Picayune nowadays.

His work is sometimes good. But one gets the impression the Times-Picayune sees a conservative columnist on staff much in the same way Fox News sees the hiring of leftist pundits as contributors – they’re there to present a facsimile of balance without – heaven forfend! – supplying the real thing. That’s why a Jehmu Greene or Sally Kohn or Tamara Holder could catch a check from Fox while leaving audiences wondering how someone so devoid of logic and eloquence could possibly be on television.

The game isn’t quite so obvious when it’s flipped around. “Responsible” publications don’t hire conservative bomb-throwers to be tokens on editorial staffs; instead the idea is to present conservatism in as understated, milquetoast and boring a fashion as possible. That way the publisher can comfort himself with numbers indicating that nobody reads the conservative columns in his pages and therefore it’s a political philosophy which can be ignored.

The Times-Picayune has specialized in this for a long time. Morris is just the latest manifestation.

One wonders if he’s heard something about his traffic numbers – Morris’ predecessor as the Times-Picayune’s token conservative, James Varney, was bounced for poor readership as well – because yesterday he threw out what might have been the most shameless trolling for clicks we’ve ever seen come out of that paper. We won’t link the article because it doesn’t deserve the traffic we would send it, but Morris penned an idiotic column entitled “Locking up another tiger won’t help LSU beat Alabama,” and it’s every bit as stupid as the headline sounds.

The lede gives away the game…

The big news on the LSU campus Monday morning (Aug. 21) is that the school will be imprisoning another tiger to serve as a “graphic image” of all the school’s athletic teams. The 11-month old Siberian-Bengal, male tiger was donated to LSU by the Wild at Heart Wildlife Center, a Florida sanctuary.

The tiger in question was born in captivity. He can’t be set free in the wild; he wouldn’t survive. By the way, tigers don’t really do all that well in the wild anymore; there are only some 3,000 or so thought to exist outside captivity, so the majority of these animals are, in fact, “imprisoned.”

And that situation isn’t likely going to improve anytime soon. Bengal tigers exist in India and Bangladesh, two of the more densely-populated and impoverished countries on earth. If you think either of those countries are going to reverse the trend and find happy hunting grounds for wild tigers to thrive anytime soon, you’re not paying attention. Ditto for Siberian tigers; the odds aren’t all that good that the Russians will protect them rather than do everything they can to exploit the mineral wealth their economy depends on. In other words, the fate of the species largely depends on the survival of “imprisoned” tigers like Mike VII.

By the way, if anyone can find us a tiger who’s better set up than Mike VII, in his $4 million enclosure complete with a temperature-controlled rock to lay on, a live oak tree as a scratching post, a waterfall and 40 pounds of steak to eat every day, we’re willing to listen. “Imprisonment,” indeed.

The question is why LSU or any other school would want to lock up a creature of the wild — tigers, bears, jaguars, buffalo — no matter how lavish the cage, for what amounts to a marketing gambit.

This is what happens when you hire someone who graduated from New Mexico State to work at a newspaper in New Orleans and set him loose to discuss issues of local significance. Tim Morris thinks a live tiger mascot at LSU is a “marketing gambit.” LSU has had live tigers on campus longer than Tim Morris has been alive; by now it’s no longer “marketing” that Mike VII should make his home on North Stadium Drive, it’s a core tradition of the university.

Not that someone from New Mexico State would have much of an appreciation for tradition. Nobody has ever heard of New Mexico State, which shares a nickname with Texas A&M of all people.

Morris also says LSU should spend some of the money it allocates for a live tiger on efforts to restore wild tiger populations, which LSU is specifically doing. Score one for his research skills – it took us 14 seconds to find this link in a Google search. Note the publication it comes from, which Morris may be familiar with.

Then, parroting some leftist group called Big Cat Rescue, he says there’s no educational value in keeping a tiger on campus. Well, if that’s true, why are we keeping animals in zoos? Is it because seeing an animal in real life is more educational than seeing one on the Discovery Channel or on YouTube? Go to the zoo and you’ll invariably see a whole class full of school kids trailing around behind some teachers. Maybe Morris has never seen that.

Then he complains about the tiger being paraded around in a cage in the stadium, which is a practice LSU ended when the previous tiger decided not to get in the cage. Turns out LSU didn’t force Mike VI to go into the stadium and it won’t force Mike VII to do it either. Score another one for the columnist having no idea what he’s talking about.

And by the way, anyone who’s paid any attention to LSU’s tiger mascots over the years could tell you something else Morris clearly is clueless about – which is not only are these animals not traumatized by having people coming to gawk at them, they obviously enjoy it. Mike VI was a positive ham when it came to performing for the humans who lined up outside his enclosure, and so far it seems clear that Mike VII is no different; he might even be more of a natural at strutting around for the people. A tiger is a cat, after all, and a cat is an attention whore in most cases.

In other words, he might consider going to see the tiger for himself. Doing so might have some educational value for him.

We’re going to assume Morris isn’t as addled as he appears in his sudden animal-rights advocacy, and we’ll also assume he doesn’t make a practice of research this shoddy in his writing. Instead we’re just figuring Morris was told he needed to write something people would read, so he just threw together some clickbait that would piss people off over a hot-button issue, and the Times-Picayune was happy to run it regardless of how poorly-reasoned it was.

Interested in more news from Louisiana? We've got you covered! See More Louisiana News
Previous Article John Bel’s Punitive Veto Could Be Boomeranging On Him In Jefferson Parish
Next Article FAGAN: Lee Circle Could Become Spears Circle…As In Britney Spears