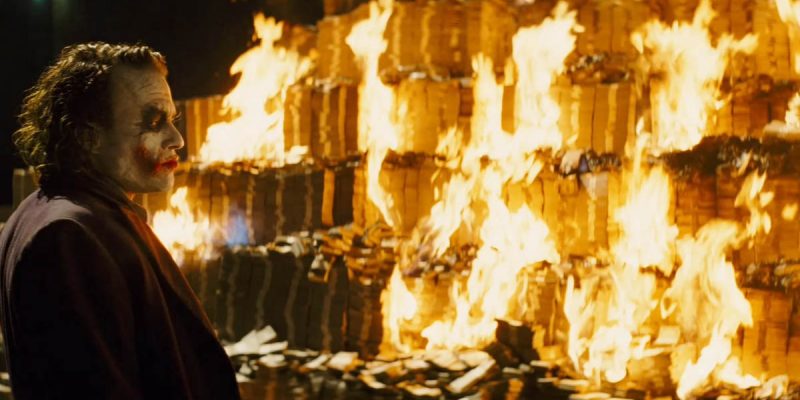 I offer three specific examples, as if you didn’t already know that Louisiana’s government at all levels is shameful in how much waste, fraud and abuse it generates. But these look like more than just mere poor stewardship – they come off as malicious actions intended to leave nothing of value in the place of the taxpayer dollars which once existed.

A consultant will be hired in the next six weeks or so to plan and design passenger rail stations for a rail line that could one day connect the Capital City with the Crescent City.

Despite there being nearly $500,000 for concept planning, there’s no concrete plan in place – or funding – for commuter rail service between Baton Rouge and New Orleans. Though, city planners hope this step is the first to making the dream a reality.

In a news release Thursday morning, the East Baton Rouge Redevelopment Authority asked consultants to bid on a $450,000 project to chose sites for rail stations in downtown Baton Rouge and near health care facilities off Essen Lane or Bluebonnet. Site selection and design of the stations would be covered by the contract, which could be awarded in October.

Designers would have a year to plan and design the stations before making them public.

The hope is, the stations in Baton Rouge would be linked by train service rolling along an existing line with an updated rail. A train would run between Louisiana’s two major, southern cities, and make additional stops in Gonzales, LaPlace and the New Orleans airport.

We’ve written about this repeatedly, and nothing has changed: there will be no passenger rail line between Baton Rouge and New Orleans. The state’s congressional delegation is opposed to using its influence to secure finite federal funds for a project so lacking in utility, none of the freight rail lines upon which the passenger line would ride have interest in their tracks being co-opted for that purpose and there is no source of subsidy that would make such a line sustainable even if it were build.

Here’s a better idea: let’s take a check for that $450,000 to a bank and have them cash it for us in bills of small denominations, so that we’ll have a big pile of money. Then, let’s set up a video camera and record ourselves setting that pile of cash on fire, and upload the video to YouTube. If we set up a YouTube account to generate advertising revenue, that video will surely generate enough views that the ad revenue will become a nice little stream of mailbox money.

Trust us, that’s a better return on that $450,000 than the Redevelopment Authority will get. Minus the campaign contributions from the architectural firms who’ll be bidding on that design project, of course.

A six-mile trail to give pedestrians and bikers a route between downtown and north Baton Rouge — with stops at LSU and Southern University — is in the works for the Capital City.

The Baton Rouge recreation and parks commission announced Monday it received a $3.7 million grant toward building the trail, which will eventually connect the Scotlandville Parkway to the Downtown Greenway. The trail is expected to cost $4.1 million, with BREC picking up the tab for the remaining cost.

“Eventually, this trail will make it possible for residents to go between Southern University and LSU on their bicycles or on foot as one section will connect to the Downtown Greenway and the other will be extended to the Southern University Campus,” BREC Superintendent Carolyn McKnight said in a news release.

Current plans envision the trail cutting through the heart of the buffer zone created by ExxonMobil alongside its plant in north Baton Rouge.

Downtown Baton Rouge is OK, but pretty much everything else on any route between LSU and Southern is going to be not just unattractive to jog or bike through, but dangerous in a “what are you, crazy?” to go through fashion. These people are going to spend $4 million making a bike path that would allow people to enjoy the sights of Old South Baton Rouge, the Exxon refinery and 70802 and 70805 – the two zip codes targeted by the BRAVE program because of the runaway violent crime infestation plaguing them. Those bikers will get to see dilapidated crackhouses, shuttered businesses, mountains of litter and overgrown abandoned lots to really show off the grandeur that is Baton Rouge.

No one will use that bike path. No one. No one is crazy enough to use it.

Again, setting a $4 million pile of cash on fire for a YouTube video would generate a better return than this. It’s just a malicious waste of your money.

Example #3, which you haven’t seen in the press yet…

The People’s Institute for Survival and Beyond (PISAB), is a national and international collective of anti-racist, multicultural community organizers and educators dedicated to building an effective movement for social transformation.

The People’s Institute believes that racism is the primary barrier preventing communities from building effective coalitions and overcoming institutionalized oppression and inequities.  Through Undoing Racism®/Community Organizing Workshops, technical assistance and consultations, The People’s Institute helps individuals, communities, organizations and institutions move beyond addressing the symptoms of racism to undoing the causes of racism so as to create a more just and equitable society.

Founded in 1980 by long-time community organizers Ronald Chisom of New Orleans, and Dr. Jim Dunn of Yellow Springs, Ohio, The People’s Institute has impacted the lives of nearly 500,000 people both nationally and internationally. Through this process, it supports a cadre of anti-racist organizers who build leadership and accountability in the communities where they are organizing.

Why are we bringing up the People’s Institute for Survival and Beyond? Because we received a tip this week that these people have been contracted by the Louisiana Department of Health to put on workshops for local health units all across the state, ostensibly as part of an effort to fight the epidemic of HIV afflicting Louisiana.

What does HIV have to do with racism?

Seriously. What does HIV have to do with racism?

What we’ve been told is the pot of money going to these people originates from the federal government, but it passes through LDH which then granted it to a non-governmental agency called Acadiana Cares, which focuses on serving people with HIV. From there, the People’s Institute got a contract to do HIV training workshops for local health units, and what passes for HIV training is a workshop on how black people get HIV a lot in Louisiana because white people are racist.

This waste started last year in New Orleans and Baton Rouge. This year they’re doing it all over the state.

Our source on this has been asking for copies of leave-behinds and reference material in conjunction with these workshops. So far the answer is that the People’s Institute doesn’t provide any; they apparently like the oral tradition better than the modern best practices of professional training. So what does an anti-racist HIV workshop look like? All we have to go on at this point is the set of “principles” the People’s Institute have laid out on their website, particularly since we’re told from people who sat through this taxpayer-funded “enlightenment” that its pupils get a heavy dose of each of these…

Undoing Racism®
Racism is the single most critical barrier to building effective coalitions for social change. Racism has been consciously and systematically erected, and it can be undone only if people understand what it is, where it comes from, how it functions, and why it is perpetuated.

Learning from History
History is a tool for effective organizing. Understanding the lessons of history allows us to create a more humane future.

Developing Leadership
Anti-racist leadership needs to be developed intentionally and systematically within local communities and organizations.

Maintaining Accountability
To organize with integrity requires that we be accountable to the communities struggling with racist oppression.

Networking
The growth of an effective broad-based movement for social transformation requires networking or “building a net that works”. As the movement develops a strong net, people are less likely to fall through.

Analyzing Power
As a society, we often believe that individuals and/or their communities are solely responsible for their conditions. Through the analysis of institutional power, we can identify and unpack the systems external to the community that create the internal realities that many people experience daily.

Gatekeeping
Persons who work in institutions often function as gatekeepers to ensure that the institution perpetuates itself. By operating with anti-racist values and networking with those who share those values and maintaining accountability in the community, the gatekeeper becomes an agent of institutional transformation.

Internalized Racial Inferiority
The acceptance of and acting out of an inferior definition of self, given by the oppressor, is rooted in the historical designation of one’s race. Over many generations, this process of disempowerment and disenfranchisement expresses itself in self-defeating behaviors.

Internalized Racial Superiority
The acceptance of and acting out of a superior definition is rooted in the historical designation of one’s race. Over many generations, this process of empowerment and access expresses itself as unearned privileges, access to institutional power and invisible advantages based upon race.

Identifying and Analyzing the Manifestations of Racism
Individual acts of racism are supported by institutions and are nurtured by the societal practices such as militarism and cultural racism, which enforce and perpetuate racism.

We got a big kick out of how these guys have trademarked “Undoing Racism” for themselves. Surely that’s a catchphrase in a lot of demand, right?

So how much money is being thrown down a hole mau-mauing health workers in re-education seminars in the name of fighting HIV? Hundreds of thousands of dollars, we’re told. When we have an accurate number we’ll pass it along.

Again, none of this is particularly new. It doesn’t take too deep a dive into the public finances, though, to find examples like these of money being spent so frivolously and with so little plausible benefit to be had as to make one wonder if much of any of our tax dollars are given wise stewardship. These people shouldn’t be given one more dollar of your money until outright, malicious waste like this comes to a halt.

Interested in more news from Louisiana? We've got you covered! See More Louisiana News
Previous Article F. King Alexander Says Richard Spencer Is Trying To Speak At LSU, And Says No
Next Article Steve Bannon Is Leaving The White House – Will He Return To Breitbart?