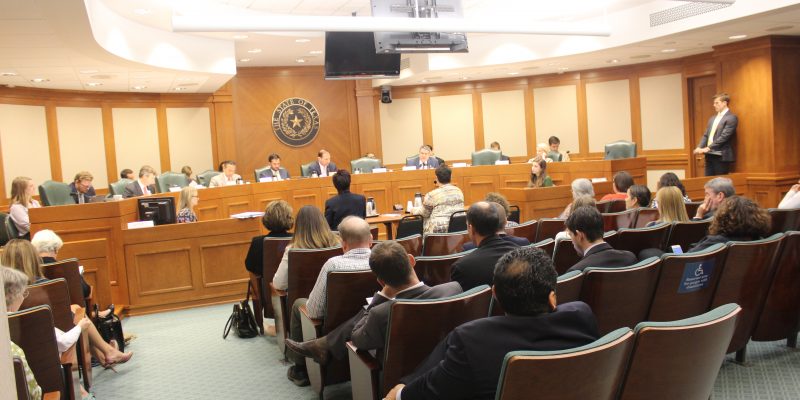 After an abrupt gaveling out sine die last night both chambers have concluded the work they will be doing for this special session.

Even though it was a day early, the Texas Legislature accomplished more than many expected them to when the session was called. Just as the session was beginning a month ago many thought that Speaker Joe Straus would pass the Texas Medical Board sunset bill and gavel out or as it became known “sunset and sine die.”

It turns out 11 of the 20 called items were passed. While some of the more controversial topics failed to move, it is likely enough to give Gov. Greg Abbott an out to avoid calling another special session.

Here are the call topics that were passed and the bills associated with them. Some measures only partially fulfilled the call.

School Choice For Special Needs – Legislation to empower parents of children with special needs or educational disadvantages to choose an educational provider that is best for their child.

Bills Passed: HB 21 had some grants for autism and dyslexia, but no stand alone bill passed.

Bills Passed: HB 7 A similar bill had passed during the regular session and was vetoed by the governor.

Abortion Complication Reporting – Legislation strengthening the laws applicable to the reporting of abortions and abortion complications to the state.

Municipal Annexation Reform – Legislation reforming the authority of municipalities to annex territory, to exert control over territory, or to regulate the use of annexed land or land in a municipality’s extraterritorial jurisdiction.

Not all the bills that have been sent to the governor have been signed, but Gov. Abbott is expected to sign them all.

The following called issues did not have a bill sent to the Governor this special session.

Property Right Protections – Legislation protecting the private property rights of land owners from political subdivision rules, regulations, or ordinances that interfere with, delay, or restrict private property owners’ ability to use or enjoy their property.

Property Acquisition Grandfather Clause – Legislation preventing political subdivisions from imposing on private property additional or enhanced regulations that did not exist at the time the property was acquired.

Statewide Texting While Driving Preemption – Legislation preempting local regulation of the use of hand-held mobile communication devices while driving.

Defunding Abortion Facilities from Local Government Contract – Legislation prohibiting financial transactions between a governmental entity and an abortion provider or affiliate of the abortion provider.

Even with some of the most talked about bills not receiving a hearing, it is unlikely there will be another special session anytime soon.