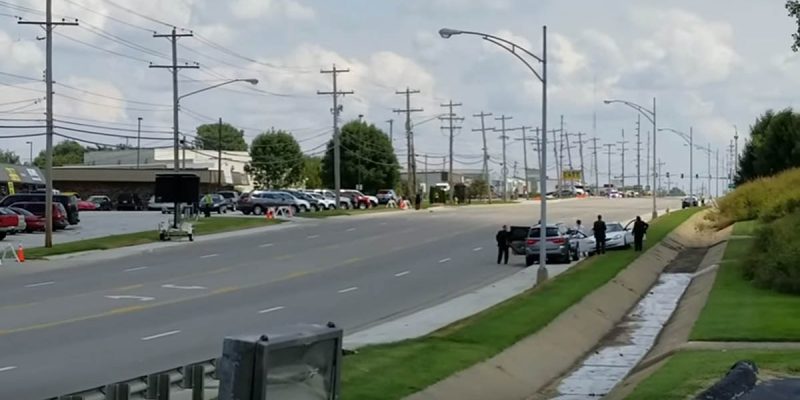 President Trump was in Springfield, Missouri today to give a speech about tax reform. On the way to the airport from his appearance at Missouri State University, the presidential motorcade was rolling down East Kearney Street, which both makes up part of the famous old Route 66 and also serves as one of the main drags through town. And along that route something very peculiar happened which has lots of people wondering if Trump was the target of a very badly-executed assassination attempt.

We now take you to a couple of Google Earth screenshots, so you can see an overhead view of where these people in that car came from. Here’s the first one, with the arrow pointing to the place where the car came out of the woods… 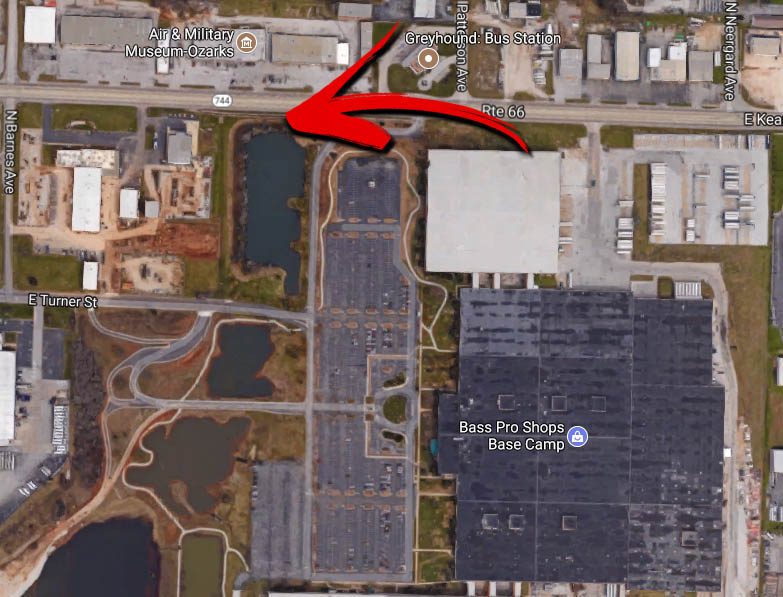 Note the big Bass Pro Shops facility with the large parking lot. That might be significant.

Here’s another – it’s a closeup of the area…. 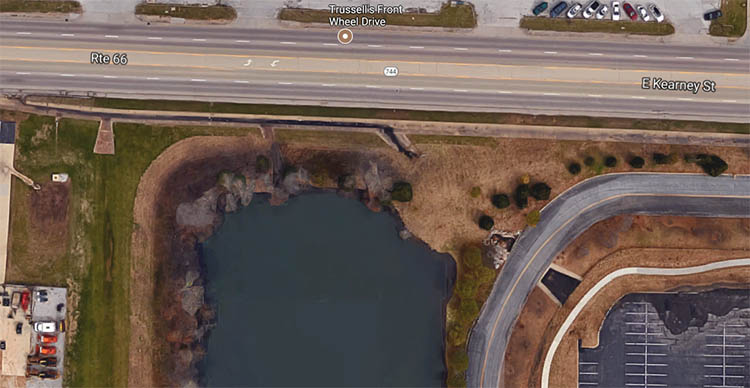 So the evidence you’d point to if you’re suspicious that this was an assassination attempt would be that the car came out of a wooded area where there was no road, and this was a sedan going off-road and approaching the highway across a ditch not just when the motorcade was passing by but precisely when the presidential SUV, otherwise known as The Beast, was passing.

And you wouldn’t be totally off base in having such suspicions.

But here’s the other side of the story. It seems the two women in the car work at the Bass Pro facility, and that the brakes on the car failed as they were coming out of the parking lot. No arrests were made following the incident and the police say it was unrelated to the presidential motorcade.

And if you don’t think this was anything nefarious, you’d point to the fact that when the car emerged on the Kearney Street side of the ditch and up the embankment, it steered for the side of the road rather than straight across it like you’d do if you were trying to ram The Beast. The Beast was past the car when it came up the embankment, but even so it wouldn’t have been a very dogged effort at vehicular homicide.

We’re going to go with a lousy coincidence rather than an assassination attempt – if it’s the latter, it’s exceedingly lame. But given the times, what a coincidence, huh?