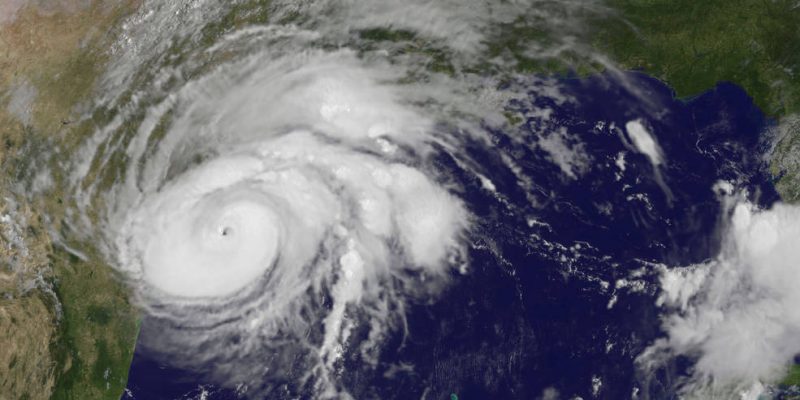 Many have stepped up to help us over the years when hurricanes and floods and other disasters have devastated Louisiana.

The horrific summer of 2005, dominated by Hurricanes Katrina and Rita, left an indelible mark on New Orleans and our entire coastal area that continues to influence many of our actions today. Hurricanes Gustav and Ike impacted most of our state just a few years later, triggering a collaborative effort that resulted in the largest evacuation in the nation’s history at the time. The Deepwater Horizon incident and resulting oil spill brought new challenges that caught the nation’s attention, as did the unprecedented floods of last summer. Louisiana has faced our fair share of adversity over the years, and the commitment of our communities and the compassion of our fellow Americans helped us get through it each time.

Tropical Storm Harvey turned into a Category 4 hurricane in the blink of an eye and slammed into the Texas coast this week, quickly flooding Houston, America’s fourth largest city. A population nearly double the state of Louisiana was soon facing an unprecedented storm and numerous long-term challenges. Harvey is not yet done, and this storm will also leave a serious mark on many Louisiana communities before it wraps up.

Social media and traditional news outlets have highlighted countless acts of courage and compassion, as first responders and neighbors alike have risen to the challenge yet again to help their fellow man. These images, while utterly tragic, also once again remind us of the everyday heroism that exists in this great nation. These visuals are a clear reminder that Americans, no matter our differences, rise to the challenge each time adversity hits our shores.

Just as our neighbors to the west have stepped up for us before, Louisiana has followed suit, sending Wildlife and Fisheries agents, State Police and other state officials to Texas to assist with the search and rescue mission. The Cajun Navy also headed out the day the storm hit, and churches across the state filled their sermons this weekend with advice on how best to help. Louisianans know all too well how tragic these storms can be, and we understand it is our duty to return the favor of assistance anytime we can to neighboring states, whether stricken by hurricanes or other disasters.

The flood waters that hit this state last March and July have long past receded, but their damage is still felt. Louisiana has made great strides since then, in part, thanks to the charity of others. Now it’s our turn to pay it forward. All who are able donate to the recovery efforts in Texas are encouraged to do so; a small donation will help more than you can imagine.

Last year, the Louisiana Association of Business and Industry (LABI) was proud to work with the Baton Rouge Area Chamber of Commerce (BRAC) and others in the business community to raise over $850,000 that was distributed to roughly 170 small businesses in twelve parishes through the Rebirth Fund. These grants helped to keep many of those small businesses open in communities that needed them, while the homes of their owners and employees were gutted and rebuilt. Companies and individuals across the nation opened their hearts and wallets to help make this fund a reality.

In the year since Louisiana has learned much from those storms. According to a recent survey, we distributed to a sample of affected businesses, roughly 48% are open and operating normally as of July 2017. Another 47% are open with limited operations. A handful are closed but plan to re-open. None report being permanently closed. Of note, a larger percentage of those receiving Rebirth funds report being open and operating normally (58%) than those that did not receive Rebirth funds (43%).

A staggering 56% of respondents experienced both flooded homes and flooded businesses in last year’s flood. Regarding all forms of public assistance, only 37% report receiving FEMA individual assistance. About one-third took an SBA loan. Only four respondents reported accessing a Restore Louisiana grant or loan so far. The majority do not appear to have received any forms of public assistance, but report relying on personal savings and flood insurance if they had it.

Going forward, when asked about support or assistance for businesses in future flooding events, a whopping 78% of respondents said they need “grants, not loans.” 65% also asked for additional financial resources “of any type.” 59% requested “tax relief” and a third believe more help is needed in “navigating red tape.”

There are many lessons we have unfortunately learned the hard way over the years. Some of our fellow Louisiana residents will once again need our help this year to recover from Harvey, while perhaps still recovering from the other hurricanes of the recent past. Many more of our neighbors to the west in Texas will need our assistance and experience as they eventually rebuild from this tragedy.

The resolve of Louisianans when facing the adversity of storms and other disasters is battle-tested and well documented. We have been through it before and we know what it takes to overcome it…time and time again. It is our turn to pay it forward and help those that were there for us when we needed them most.

We at LABI are corresponding with our partners in Texas and will continuously update our website with a list of resources to help those impacted to Hurricane Harvey. Feel free to check HERE for more information.

Interested in more news from Louisiana? We've got you covered! See More Louisiana News
Previous Article Somebody Decided To Troll The New Orleans Sewerage & Water Board, Real Hard
Next Article Circumstances With Harvey Are Finally About To Change, Per The Latest Forecast