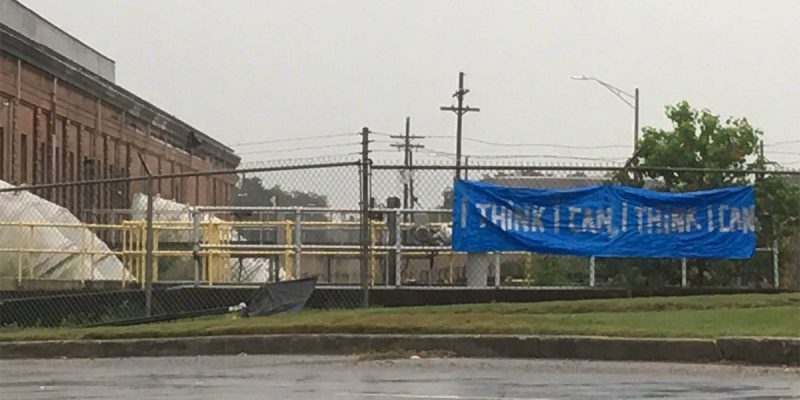 They ain’t playin’ around with drainage in New Orleans.

Well, OK – I’ll rephrase that. The people in charge of drainage, they’ve been playin’ around for a long time. The Sewerage & Water Board down there is kinda like a keg of money that’s always on tap. It’s so bad over there that the employees once walked off with like 17 tons of brass fittings from equipment at those pumping stations, and the Inspector General has been poppin’ out reports again and again about all the millions of dollars just goin’ away like the water bein’ pumped out into the lake.

FEMA spent $2.1 billion givin’ these people resources after Katrina to make those pumps state of the art. We saw all the good that did.

And yesterday, when some outer-band rainclouds showed up and dropped a couple inches on the city, they had some uncomfortable moments.

Like for example, at Pumping Station No. 6, which is the one that’s supposed to handle Lakeview and parts south, and even a bit of Old Metairie on the Jefferson side, when they turned the pumps on one of ’em caught fire.

Now…a water pump ain’t s’posed to catch fire. That would be bad. So that wasn’t workin’. They say it’s still not workin’, and it’s still raining in New Orleans.

So the people there are actually tryin’ to do their own thing. There are folks out cleanin’ out storm drains on their own, which is some pretty crappy work to be doin’ on a volunteer basis (it takes 10 S&WB workers to do that, although nine of them supervise), there’s a ton of folks postin’ videos of floody streets and complainin’ about the pumps that don’t work, and then there’s our grand prize winner.

Which is the dude who got out his roll of duck tape an’ made up an “I think I can, I think I can” sign on a tarp, then tied it up on the fence at the S&WB’s pumping station on South Broad Avenue and MLK Boulevard in Mid-City. Which is some stone-cold trollin’.

One thing you gotta hand it to New Orleans for is that they might be hopeless in findin’ people who can lead worth a durn, but they sure can make fun of the clowns they do have leadin’ ’em. Maybe that’s why it’s such a great place to visit.

Interested in more news from Louisiana? We've got you covered! See More Louisiana News
Previous Article “Houston Should Have Had A Plan,” Says…Kathleen Blanco
Next Article WAGUESPACK: With Hurricanes And Floods, It’s Best To Pay It Forward