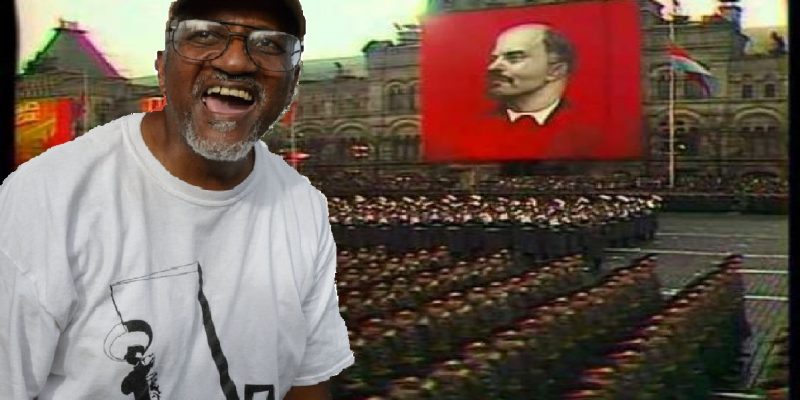 Note: This column was originally prepared on July 17, 2017, but has not been previously published.

First, Suber launched an abortive campaign for city council.  Next, he spearheaded a movement (albeit an unsuccessful one) to recall City Councilwoman Stacey Head.  More recently, he co-founded “Take ‘Em Down Nola,” a group favoring the removal of all monuments commemorating slaveholders, and the “Peoples’ Assembly,” to advocate for left-wing policies in New Orleans.

“We are trying to expose to the people that the priorities now followed by the rich ruling class and their lackeys are not the priorities that we as working people would pursue if we were in control,” Suber said of the Peoples’ Assembly.  “So we are asking people to join with us. Let’s take control as we improve our city.”

Suber’s familiar tune is that of literal class warfare.  It’s not surprising: Suber openly identifies as a Marxist-Leninist, i.e., an advocate of Soviet-style communism.

For some reason, this is a rarely-mentioned aspect of Suber’s background.  Normally, Suber is defined simply as a community activist, suggesting that he’s just some cute n’ cuddly ‘ol hippie throwback who still possesses enough vim and vigor to rattle some cages now and again.

Even those who may not agree with Suber don’t seem to mind being associated with him. He readily inhabits the political sphere, protected by a thin veneer of virtue continually coated with media indifference.

Just this week, local commentator and pundit Jeff Thomas penned an opinion piece for The Lens in which he lauded Suber as a “long-time organizer” and “a driving force behind protests advancing a progressive liberal agenda in New Orleans.”  It all sounds fairly mainstream.

It isn’t right.  Suber embraces an extremist ideology and should be ostracized accordingly, not continually granted legitimacy through a media whitewashing.

Communism is neither cute nor cuddly.  Ninety-four million people died during the 20th century as a result of communist ideology, earning it the title of the leading ideological cause of death.  If communism were a single individual, it would be the greatest mass murderer in human history.

The bottom line: Lest ye favor mass murder and sheer depravity, you shouldn’t make communism your bailiwick.  To do otherwise, well, it doesn’t merely indicate poor judgment. It makes you an awful person.

Communist beliefs do tend to get a pass in many circles, but there’s no justification for it.  Hollywood even makes films spinning literal communists as martyrs, such as a recent biopic of blacklisted screenwriter Dalton Trumbo.  Many Americans fetishize Mexican painter Frida Kahlo, although she was an ardent Stalinist even after the extent of Soviet atrocities came to light.

Were Suber to express adherence to, say, fascism, it is unlikely he would receive the same dispensation. Apparently, indulgence of extremism is a cultural one-way street.

Of course, none of this is to say that people who agree with Suber on specific issues should automatically feel ashamed due to that tenuous association.  Viewpoints are defined by their individual merits, not  by the worst people who adhere to them.  Guilt-by-association is still, the last time I checked, a textbook logical fallacy.  As the saying goes, even a broken clock is right twice a day.  Even terrible people may have admirable beliefs.

However, we do need to question why we treat those on the fringes – those with views beyond the pale – are allowed to become major advocates without a sliver of attention being drawn to their status as horrible messengers.  It’s one thing when “communist” or “Nazi” is used as a slur; it’s quite another when the person to whom the slur is directed actively embraces the description.

Louisiana has tolerated both corruption and extremism before, and neither have done it any favors.  Suber and fellow travelers have every right to speak their minds, but they should not be given a soapbox or depicted as mainstream.

Nobody wants another Red Scare, but perhaps a healthy appreciation for the horrors of communism, together with a willingness to confront communist adherents, would improve our discourse.  At the very least, it couldn’t hurt.