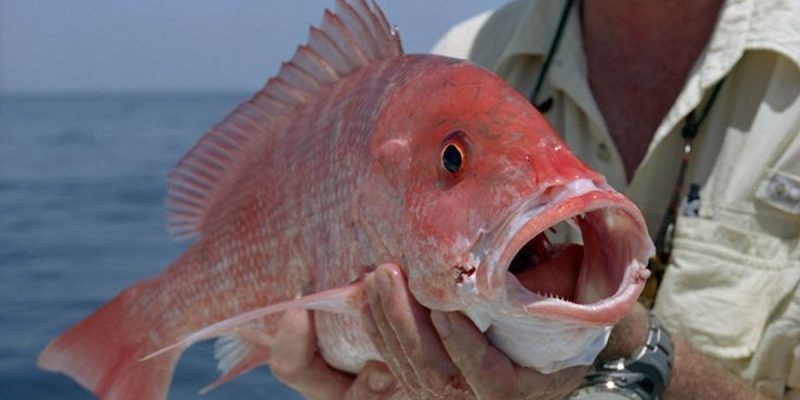 For almost a decade, the federal government has restricted red snapper season for recreational fishing to a level that baffles fishermen. We have wondered where in the hell are they getting their data and who is making these ridiculous limits/seasons. Many of us have visited a fishing hole only to hit 10 red snapper on the way down. Less than 50% of the released survive and it’s a shame people have to move to another spot instead of providing the very type of fishing anglers come to expect from the Gulf of Mexico.

That might all change since a bill was introduced titled the Red Snapper Act. This would increase state management of recreational fishing season from the 9-mile state water territory to 25 miles. This wouldn’t change the limit but it would change the season, which was around six months less than a decade ago. Our very own Rep. Graves and Sen. Cassidy are leading the charge but what’s really impressive in today’s society…it has bipartisan support.

Under the current system, stock assessments that ultimately lead to the pounds of red snapper that can be harvested each year (known as the quota) rely heavily on estimates of the pounds of fish harvested in the previous year. This is called fishery-dependent data. While it’s easy to count the exact number of fish commercial fishermen land, it’s not as easy to estimate recreational angler harvest. The Marine Recreational Information Program, or MRIP, is the program NMFS (National Marine Fisheries Service) currently uses to estimate angler harvest data in each state.

Unfortunately, it’s highly inaccurate for red snapper because it was designed to measure harvest over season much longer than the 10 days or less we’ve seen in the Gulf of Mexico over the last several years. That’s why each Gulf state has developed their own angler harvest data collection programs that are proving to be much more accurate. However, MRIP is still the only recreational harvest data collection program approved by NMFS.

The assessment models do use some fishery-independent surveys, which try to capture what the actual population looks like in the ocean, rather than just at the dock. However, the bulk of the stock assessment is based on fishery-dependent data. Chris Horton of the Congressional Sportsmen’s Foundation said in a statement,  “As a former state freshwater fisheries biologist, this federal approach to fisheries management has always baffled me. For a bass, trout, walleye, etc., we would never try to guess what the population looked like primarily on what was being caught by anglers. We would sample the actual population on a continual bases, and then constrain angling effort if anglers were ever having a negative influence on the population.”

Under state management, where the data comes from and who the decision makers are would be transparent even if they didn’t want it to be. States have battled the federal government regulation and were forced into submission. The feds did extend the season but only after the states stood their ground…briefly. State management would prevent any uncertainty about red snapper season.

A couple of key changes would occur if the RED SNAPPER Act were passed. First, it would effectively force NMFS to replace MRIP with the state angler data collection programs for the purposes of red snapper management. Second, although the overall recreational quota would still be determined by the Council and the SSC, the states, not NMFS, would be able to determine their season lengths from 9 miles to 25 miles or 25 fathoms of depth, whichever is greater. However, they would still have to collectively stay under the Gulf-wide red snapper quota, which means they will have to agree on how to divide that quota between each state.

State oversight certainly does make more sense. Horton says “The RED SNAPPER Act would be the first step in demonstrating that they can effectively manage the fish off their shores. The ultimate goal is to see the states managing the red snapper fishery from their shore to 200 nautical miles, based on what the population looks like (more fishery-independent data) and how it responds to angling pressure using much more practical and proven management strategies for recreational angling. Hard-pound quotas are not an effective way to manage the recreational sector, and there is no better example of where this is true than with red snapper in the Gulf of Mexico.”

This all sounds fantastic but the idea of the federal government giving up private recreational fish management makes me think of Brooks from Shawshank Redemption describing a warden’s rectum puckering up like a snare drum at the mention of money.  Although it should make it out of committee with bipartisan support, odds are it won’t pass the first time around.

One thing is for sure, politicians are starting to get the picture This is a very big deal to us and we aren’t going to let it go.

For more information about the Red Snapper Act, click here.

Interested in more news from Louisiana? We've got you covered! See More Louisiana News
Previous Article FAGAN: It’s Time For NFL Fans To Stand Up For Their Country
Next Article VIDEO: Schroder Is Out With A Web Ad, And It’s Pretty Well Done