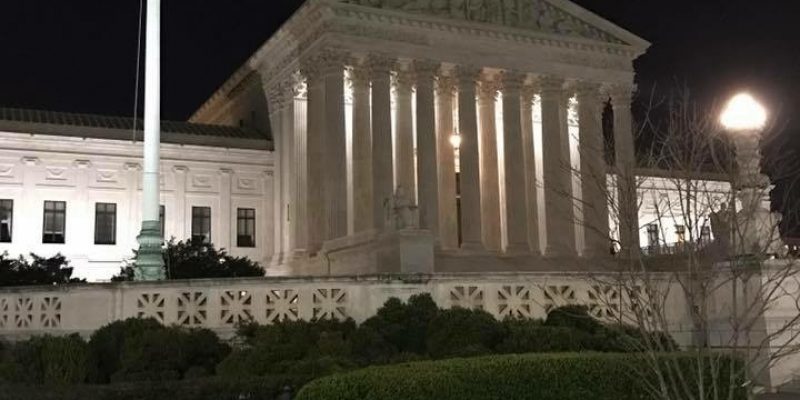 The U.S. Supreme Court has blocked an August ruling that would have required Texas to redraw two congressional districts. The original ruling came from a three judge federal panel out of San Antonio and would have forced Texas to redraw Congression Districts 27 and 35. The panel had claimed the way the maps were drawn violated the Voting Rights Act.

One district, 27,  is currently held by Republican Blake Farenthold of Corpus Christi and the other, 35,  is held by Democrat Lloyd Doggett of Austin.

In the case of Farenthold’s district, the original panel found that Hispanic voters were “intentionally deprived of their opportunity to elect a candidate of their choice.”

In Doggett’s case, the panel found the district was drawn with “an impermissible racial gerrymander” because lawmakers illegally used race as the predominant factor.

Congressional Districts 27 and 35 only share a common border in a small area east of Austin so the state would have been forced to redraw other surrounding districts as well.

Texas Attorney General Ken Paxton had requested the stay, and the Supreme Court’s approval means the 2018 midterm elections will be held using the current Congressional District maps. Paxton’s office argued that forcing the redistricting at this date would have risked throwing “the Texas election deadlines into chaos for the second time this decade.”  Election administrators argued the maps would have needed to be decided on by October for the elections to go ahead properly and that limited time frame was unlikely to establish efficient maps.

Had the Supreme Court not stepped in Paxton would have been forced to find a compromise with minority rights groups that claimed the bias. Governor Greg Abbott had already announced he would not bring the legislature back to redraw the maps.