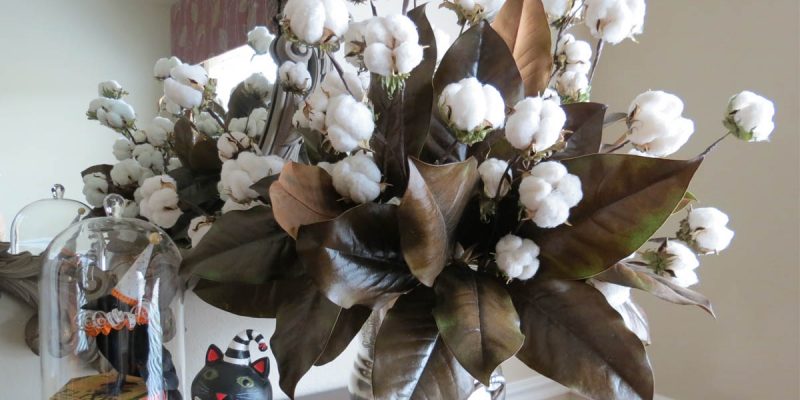 One of the more difficult things to stomach in this new age of the Social Justice Snowflake Warrior is the perpetual search for new things to be outraged and unhinged about, and the constant pell-mell retreat by normal human beings in the face of the outraged and unhinged. We bring you a pair of incidents showing the extremes the social justice crowd is finding in their attempts to destroy civil society – with the new front being, believe it or not, cotton stalks used as decorations in white people’s houses.

First, to Lipscomb University in Tennessee…

Got that? The president of the university invited a bunch of students to his home, and his wife has set up a centerpiece at the dining room table made up of cotton stalks – which has been a Southern decorative thing forever – and this is a celebration of slavery. Or something. So naturally there would be a row over such a centerpiece when black students come out to the house.

If you click on the Facebook link to that release and read the comments you will see some of the stupidest snowflake arguments ever made, the perfect example of which being this one…

So that’s Lipscomb University and their coddling of fruitcake social justice warrior kids who are now that much more unprepared for real life for not having been told to grow up and shut up.

Which brings us to a recurrence of the War On Cotton, now at Hobby Lobby…

Almost 20,000 people have shared this stupidity. Thankfully, most of the 211,000 comments we’ve seen have been negative, as in informing the original poster how deficient her mental faculties are for having made a permanent association of cotton with slavery despite the fact we’ve been picking cotton in America without the use of slave labor for more than 150 years now. As our buddy Joe Cunningham noted at RedState, cotton isn’t even an exclusively American crop, you know…

Historically speaking, however, this Facebook post is ridiculous. Cotton is not something that was only available when the Americas brought African slaves over to pick it.

Historians trace cotton in China, for example, back to 200 B.C., and production of cotton cloth began sometime in the third century A.D. In Pakistan, meanwhile, cotton production goes back way further, sometime between 2000-2500 B.C.

One facet of social media which is both good and bad is it’s democratized opinion in this country, and as such you have a lot of people who have attracted large Twitter and Facebook followings or have become big YouTube stars without some suit at a newspaper or TV network lending them his imprimatur. That’s a good thing. But what’s a bad thing is some of these people are abject and complete morons, and they attract lots of other morons to create what look like movements of morons surrounding certain things.

Which is how you now have a sizable furor over cotton stalk centerpieces in white southern ladies’ homes, who are apparently racists not allowed to have an opinion about their own choices of decor.

Like Joe said, everything is stupid. Thankfully, to most people stupid is unattractive. It pisses them off.

Hobby Lobby has completely ignored the idiot who demanded satisfaction over the decorative cotton stalks. Good for them.

Interested in more national news? We've got you covered! See More National News
Previous Article We Might Have Found The Worst Congressional Ad Of All Time
Next Article BAYHAM: Can The Saints Salvage The 2017 Season?