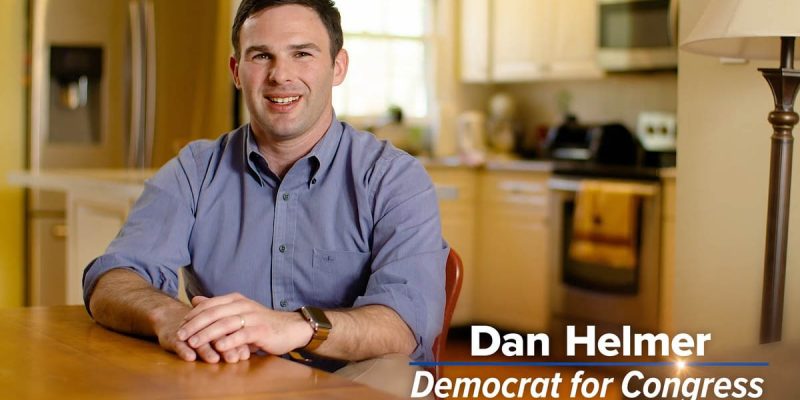 There’ll be commentary below, but you have to see this web ad by Dan Helmer, a Democrat running a congressional campaign against Republican Barbara Comstock in Virginia. You won’t believe how bad it is.

You guys think I'm joking or trolling when I say Dems will never win an election ever again.

This is Dan Helmer, the Dem running in VA-10 pic.twitter.com/bmgY4EB5IL

Just so you’ll know, we’re not the first people to attach “worst ad” status to this – Slate did it first. And before anybody gets too hopped up on the notion that this is a representation of the future of the Democrat Party, Helmer is only one of eight Democrats running to challenge Comstock – and he isn’t considered a top-tier candidate.

But there is a movement, as you’d expect there would be, to reconnect the Democrats to normal Americans by running white guys who don’t outwardly repulse people, and Helmer fits that. Which is why he’s got the obnoxious “VETERAN” t-shirt on, and it’s why his campaign thought it would be a good idea to essentially practice copyright infringement on the makers of Top Gun. Helmer was in the army, though, not the navy, and he wasn’t a pilot, so is there some sort of stolen Hollywood valor issue here? Just asking.

In any event, we’re reticent to go too far with this as a harbinger of how badly the Democrats will do in the congressional races next year. What we can say, though, is that ever since Donald Trump was elected the Democrats have been predicting a wave election that would sweep Nancy Pelosi back in as the Speaker of the House and Chuck Schumer back in as the Senate President, and there really isn’t much evidence that’s going to happen. In fact, last week there was a POLITICO piece about a raft of unpublished internal polling and focus group surveys the Democrats had done with respect to their messaging, and the panic within the party over the fact that all of it – the Trump-Russia narrative, the white supremacy business, the $15 minimum wage, Medicare for all, free college tuition – is a disaster. None of it resonates with anybody but the hard core base of their party.

Which, if you think about it, isn’t surprising. The Democrats have mostly convinced themselves that anybody who isn’t a Marxist, cultural or economic, is a deplorable and shouldn’t be socialized with. Naturally their agenda would reflect that conviction.

And if you could make it through Helmer’s ridiculous congressional ad, you can pick that up in the contention, expressed in that knockoff of “You’ve Lost That Lovin’ Feelin’,” that Obamacare and Planned Parenthood are somehow centrist things. Democrats believe that; nobody else does. It’s not a good place to start if you want to win mid-term elections.