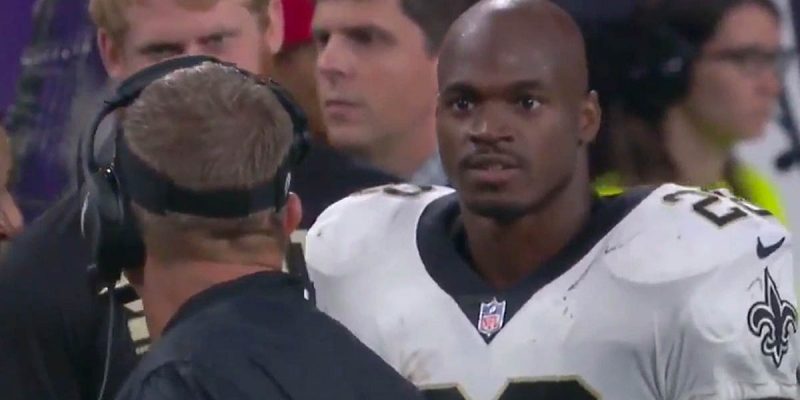 Those are the sentiments of many fans of the New Orleans Saints and LSU Tigers after the Black and Gold’s staggering out the gate and the latter getting their “cowbell” rung in Stark Vegas on Saturday night.

Neither team is currently inspiring grand visions of a post-season aside from the Tigers eking out a spot in the SEC equivalent of the late Beef O’Brady’s Bowl.

For the Saints, it appears that their season will end with the posted schedule on New Year’s Eve in Tampa.

And if there is any maxim that has proven true throughout the Sean Payton-Drew Brees Era it is a slow start ALWAYS leads to a Week 17 finish.

Every season when the Saints started 0-2 or worse, they did not make the playoffs.

In 2007 they dropped four straight games before finally winning in mid-October. (7-9)

There is nothing in the team media guide nor on the field in the past two games to indicate 2017 will end up any better than the previous seasons when the team started weak.

In fact it may even be worse in 2017: the three other teams in the NFC South don’t have a single loss, including the not so highly regarded Carolina Panthers. The Atlanta Falcons look as strong this year as they did last year and the Buccaneers are loaded on both sides of the football.

And what do the Saints have?

Two players out due to heart conditions.  A disturbing shakeup with their medical staff.  Offensive linemen sidelined.  And a Breaux Show that can’t seem to stay on the air.

The Saints arguably had a much-improved draft in 2017 than in previous years and the free agent signings didn’t implode immediately and/or end up on the injured reserve list before the end of training camp.

They even snapped a pre-season losing skid that dated back to 2014.

People who had been cynical about the team’s chances were prognosticating a 10-6 playoffs, albeit via the Wild Card.  Microsoft’s search engine Bing projected a 12-4 record, tying the Falcons for tops in the division.  But what does Bing know: they gave Donald Trump only a 10% chance of winning the White House.….on the very morning of the election.

But going 0-2, even if against the two teams many believed would account for some of the losses has created a panic in the Who Dat Nation, further exacerbated by the professional drama queens of what passes for sports journalism speculating about the end of Payton’s tenure on Airline Drive and the need to ship #9 off somewhere else for the sake of #9.

I’ll concede things aren’t looking rosy for this season and for that matter the rest of Brees’s limited time in the Crescent City but I’m not one for swan diving off the Huey P. Long Bridge or using my season tickets for kindling.

At least just yet.

While rallying back from a bad start is unprecedented under the current management, it’s not impossible.

In 2013 the Carolina Panthers started the season 1-3 and then went on to win 11 of their next 12 games to win the NFC South Division.

Some of the sidelined players, from both injuries and a league sanctioned “drying out,” will be returning to the lineup soon.

The defense, which had performed very well in the preseason through a newfound pass rush, could gel as the season progresses.  They need to rediscover that pre-season quarterback take down magic as the team only has three sacks in two games, ranking 24th.

And then there is the running game that was supposed to have been enhanced through the acquisition of future Hall of Famer Adrian Peterson in free agency.

Thus far the only windfall from that signing has been some humorous stare down memes (which admittedly is more than what CJ Spiller contributed) and a combined 141 yards on the ground (26th overall).

And maybe the competition will eventually suffer the same gris gris that has plagued the Saints.  Take for example their next opponent, the Panthers, who will be playing without the reliable hands of tight end Greg Olsen.

The Saints have talent; they just haven’t been able to utilize it effectively. And that’s squarely on the coaches.

While there’s not a lot of optimism anymore, there’s still a lot of football left to play in this young 2017 season.

Interested in more news from Louisiana? We've got you covered! See More Louisiana News
Previous Article The Idiot Caucus Has Now Declared War On Cotton
Next Article It Looks Like The Baton Rouge Police Have Their Man For Two Murders With Racial Overtones