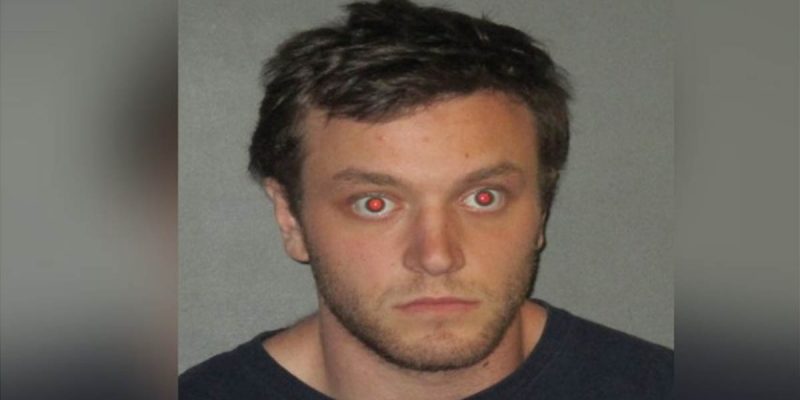 We’ve held off reporting on this, as we wanted to wait on developments before jumping to any conclusions and hyping something which could be fairly destructive to the community, but the “serial killer” the police believe is responsible for a pair of murders of black men within the last week is now in custody and will be charged for those two killings and another attempted murder.

His name is Kenneth Gleason, and the police have shuffled him in and out of jail a bit in the last few days on charges other than the killings.

This is the newest information and the closest tie made to Gleason and the deaths last week of the two men – a homeless man and a popular restaurant employee.

Gleason, identified by police as a person of interest in the shootings last week, was booked into East Baton Rouge Parish Prison just after midnight, Tuesday morning on new theft charges.  Gleason faces a single theft charge, according to prison records.  He’d also been arrested last week on drug charges but had not been formally charged in the deaths of the men.

What we know about this is apparently, cell phone triangulation puts Gleason, or at least his phone, within a block or two of the Florida Boulevard location where 59-year old Bruce Cofield was killed and the Alaska Street scene where 49-year old Donald Smart was killed – at the time of those incidents. The police got a warrant and searched the 23-year old’s home, which is of course his parents’ house, and found marijuana and human growth hormone. He was arrested for drug possession and held on that, but he bonded out.

He was arrested again last night, this time apparently for shoplifting at the Books-A-Million in Towne Center, and now apparently a third time for the murders and a third attack, an attempted murder in which he shot at a house with people in it.

What we don’t know, but might find out at a press conference scheduled for later this morning, is whether the police have any more evidence on Gleason. For example, he became a suspect because he drives a red sedan seen at the scene of both murders, there are apparently shell casings he’s somehow connected to and then there’s the cell phone location. But there’s the murder weapon: have the cops found it? Is there gunpowder residue on or near the car window where the killer shot from? Have they found the supposed tactical vest the killer was reported to have worn? What other physical evidence have they turned up?

We’re also told that Gleason doesn’t have any social media, or at least he doesn’t have any that is active. That’s really unusual for a 23-year old if it’s true; if he had a Facebook account, for example, and deleted it before these attacks happened, that might be an indication that he attempted to scrub evidence of a motive.

Which could be important, given that police statements have indicated there is a racial motivation behind the killings.

Our theory is this guy, if in fact he is the killer, is probably some sicko who thought it might be fun to kill people and get away with it and figured that shooting random black men on the street was the way to go, since almost nobody has been arrested in the flurry of murders plaguing the poorer areas of town lately. Of course, he’s not particularly good at this seeing as though he brought his cell phone to his crimes and apparently drove his own car, meaning he’s a lot easier to catch than the gang-bangers who are committing most of these murders – not to mention a white guy shooting guns in a black neighborhood is a bit more likely to be seen.

Or he could be an idiot version of Dylan Roof (not that Dylan Roof wasn’t an idiot), who thought he could bring on the race war by shooting a few black people.

We’ll find out. All we know now is hopefully the cops have the right guy and this situation might have been stopped before it got any worse. The absolute last thing Baton Rouge needs now is a racist serial killer driving our people further apart.

Interested in more news from Louisiana? We've got you covered! See More Louisiana News
Previous Article BAYHAM: Can The Saints Salvage The 2017 Season?
Next Article HARTMAN: Big LSU Is Watching In The Aftermath Of Max Gruver’s Tragic Death