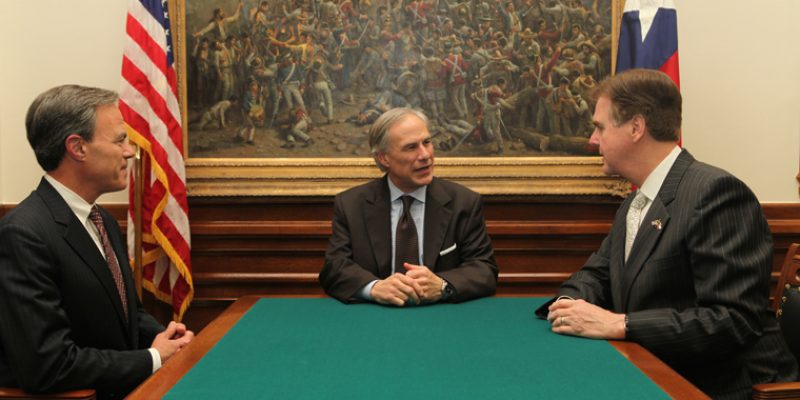 A couple of months ago I wrote a breaking news story about the Bexar County GOP passing a resolution stating they had “no confidence” in the leadership of Texas House Speaker Joe Straus. Since that article was published counties across the state have passed similar resolutions. It has failed in few counties where it has been taken up and tonight the Republican Party of Travis County took up the resolution as well. Energy Secretary and for Texas Governor Rick Perry once called Travis County the “blueberry in the tomato soup of Texas.”

I am not a fan of Joe Straus as Speaker. He is not on my side of the GOP spectrum by any means, but that is not why I do not like him in that role. Many people want a Speaker that pushes their agenda whether that be a moderate, liberal, or conservative agenda. What the role should call for is a person that will make sure every member of the House is able to duly represent their constituents and vote as their district elected them to vote. Whether they be liberal Democrats or Freedom Caucus members they should be able to move bills through the committee and calendar process at a reasonable speed for a floor vote.

Unfortunately, it feels like much of what happens in the House is a slow down tactic on all sides. This is what leads to so many bills being rushed to be heard on the final days.

There are many games played in the Texas House. One of them being filing or signing on to bills representatives know will never pass. This allows them to go home and campaign about all the bills they filed and signed on to even though they never came up to a vote.

At the beginning of this last legislative session, there was a recommended rules change that would have allowed more transparency in the Calendars committee. Representative Todd Hunter took to the floor and gave a speech admitting that many members came to him asking him as the Chair of Calendars to kill the bills they filed.

This is why Joe Straus is Speaker. Representatives want to be protected. They want decisions to come down and chairman to rule so they do not have to take a real stand and stand on their votes. They want a boss to blame.

There is a tactic in negotiating where one party will claim they must check with their boss before a decision can be made. This allows them to not be the bad guy if the decision is what the other party wants to hear. The House works the same way. The body can say whatever they want, but if something fails they always have a fall guy. “We just could not get it out of Calendars.” “We just ran out of time.” “The Speaker ruled against us.” It can always be someone else’s fault.

The benefit of Joe Straus is he is in a moderate safe district that loves him. He has plenty of wealth and support. He really does not have to care about what others say. The conservative wing of the party does not matter to him because they do not elect him. The people of his district elect him in primaries with nearly 70% of the vote and he was elected unanimously as Speaker by the 150 members of the Texas House.

People forget that before the 2015 regular session many counties passed similar “no confidence” resolutions or resolutions in support of Scott Turner and after all of that only 19 people voted for Turner. Joe Straus drew no opponent for Speaker the latest session.

If people really want to change leadership in the House then calling out someone in a distant precinct is not the way to accomplish it. You have to find someone that wants that change in the primary. You have to run someone that will promise to vote for someone else and if no one else runs than to step up and run themselves even as a freshman.

Almost everything that happens in the House can be changed with a majority vote. If the 80 plus representatives that signed on to the Texas “bathroom bill” really wanted it then they could have forced it through, but they did not all want it. They wanted to look like they want it for their religious conservative voters, but then they could whisper to their business support that they only signed on because they knew it was dead. If you want a resolution on something then pass resolutions on that. Call out the people that campaign for one thing, but support leadership and House rules that do another. If there is no change in the thought process of the body of the Texas House then even if a new Speaker were to be elected nothing would change.

Bexar County GOP voting “no confidence” in Joe Straus mattered because that was his home. The rest will only matter if they take their frustration out at the ballot box and on the campaign trail. Other wise it is just another distraction to make the masses feel like they are accomplish something.

Interested in more news from Texas? We've got you covered! See More Texas News
Previous Article Odessa Fires City Manager After 15 Years in 3-2 Decision
Next Article Cargo Cult Economics And Baton Rouge’s Effort To Be The “Next Great American City”