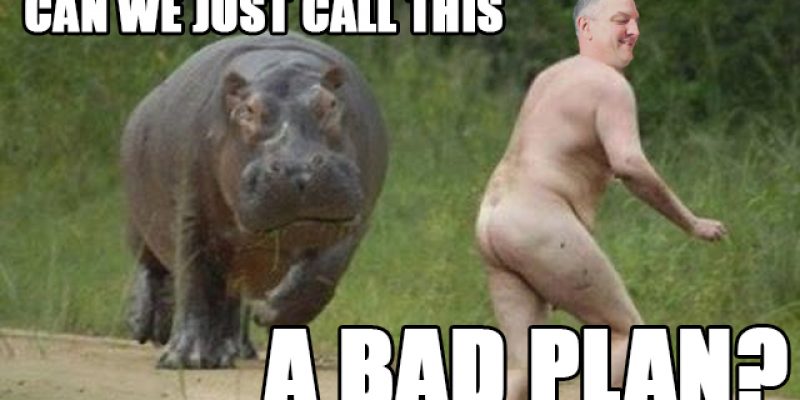 It’s hard to say and the instinctual answer would be no, of course, since nobody really wants to be Kasich. But Edwards sure does have some Kasich in him. Both are somewhat acerbic characters who display great contempt for those who disagree with them, and both have built political careers on hoodwinking voters into thinking they were conservative when their records don’t back up such a contention.

Yes, Edwards is a Democrat while Kasich is a Republican. So?

Oh – and both of them sure are big fans of Obamacare. Right down to coming out in favor of its most unpopular, unconstitutional element.

Louisiana’s John Bel Edwards has joined seven other state governors urging Congress to retain the federal health care law‘s unpopular individual mandate while seeking to stabilize individual insurance markets as lawmakers work on a long-term replacement. Their recommendation is part of a compromise plan that’s designed to be palatable to both parties.

Ohio Gov. John Kasich, a Republican, and Colorado Gov. John Hickenlooper, a Democrat, shared the plan in a letter to congressional leaders Thursday (Aug. 31). They acknowledge that retaining the mandate might be a difficult sell for Congress, which has failed so far to pass a replacement health care bill. “The current mandate is unpopular, but for the time being it is perhaps the most important incentive for healthy people to enroll in coverage,” they wrote to House and Senate leaders of both parties.

Unpopular? How about unconstitutional? Supreme Court Chief Justice John Roberts had to rewrite the mandate as a tax, which was in direct contravention to all of the political history behind the mandate given that it was sold as anything but a tax, in order to force it to pass muster. That was rightly seen as one of the most cowardly and corrupt rulings since Plessy v. Ferguson, but it did establish the context that forcing people to buy something they don’t want to buy is not a permissible function under the constitution.

Along come Hickenlooper and Kasich, with Louisiana’s goofy governor in tow, asking that the mandate stick around. So much for your constitutional rights, right?

Yeah, there’s more to this plan as well, which members of the Louisiana legislature who have seen the budget of the Louisiana Department of Health grow to over $14 billion since Edwards took office a year and a half ago will snort at…

The governors said states can pursue lots of options without federal assistance. But in some cases they are “constrained by federal law and regulation from being truly innovative.”

Innovative? Edwards didn’t even attempt to get waivers to try out new things before swallowing the Obamacare Medicaid expansion whole, which was what Arkansas did. That’s not to say the Arkansas plan was a particular success but it’s almost impossible to argue that basic, ordinary Medicaid is a cash sewer which distorts markets, invites fraud, fails to provide access to health care and generates no discernible advantage over being uninsured where health care outcomes to its enrollees are concerned – and that’s what Edwards has signed up almost 10 percent of Louisiana’s population for at a cost of hundreds of millions of dollars.

And now he’s signed on to a plan which suggests that states can find creative solutions for covering the uninsured. Can’t wait to see what Edwards is cooking up under that umbrella after his innovative gross receipts tax bit the dust at the beginning of this year’s regular session.

The latest polling shows Edwards has a 58 percent approval rating in Louisiana. What that means is voters in this state aren’t paying attention to the governor – anybody who’s watching what he’s doing has to conclude it’s amateur hour at that big house along I-110.

Interested in more news from Louisiana? We've got you covered! See More Louisiana News
Previous Article FAGAN: How Would You Rule In The Case Of The Death Of A Child Left In A Minivan?
Next Article Texas Voter ID Laws Restored For November Elections