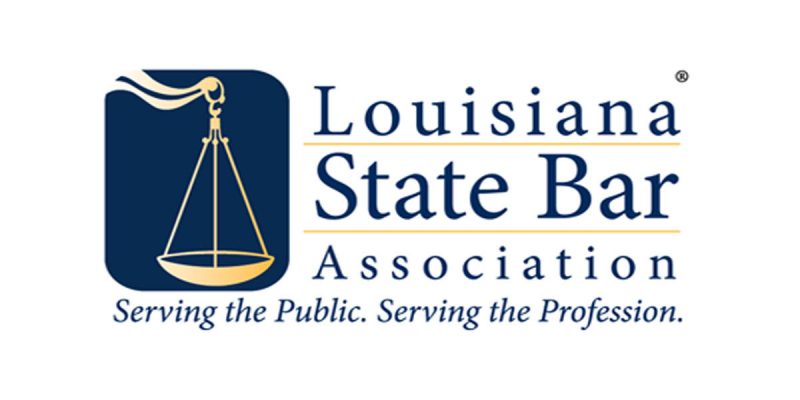 Most of our readers, like most people in general, are neither racist, sexist, homophobic, Islamophobic, transphobic or otherwise possess none of the “deplorable” characteristics constantly bandied about by the social justice Left as endemic to Americans. But at the same time, most of our readers also see themselves vulnerable to such accusations, since the definition of these thoughtcrimes continue to expand exponentially.

That’s particularly true of Americans who come from orthodox or traditional Christian or Jewish faith, from which time-honored standards of behavior arose which helped in laying the foundations of the greatest civilization ever built. After all, Christian teaching is, for example, under assault as homophobic because it rejects things like gay sexuality and gay marriage as sinful; this inconvenient fact is increasingly presented as bigotry by the gay lobby, which assumes for itself the mantle of moral arbitration thousands of years of civilizational experience, at least in the West, has ascribed to the Church. That’s the kind of upheaval we see from the social justice crowd across the board these days.

For most of us, these kinds of cultural aggressions are things to be read about in the newspaper, with one’s head silently shaking in disdain. They’re ridiculous, but they’re not our problem. Increasingly, though, that’s no longer true. As Erick Erickson continues to warn, you will be made to care.

Take the legal profession, for example. The American Bar Association last year passed an amendment to its Rule 8.4, on attorney misconduct. Section (g) of that rule now prohibits a lawyer from…

(g) engag[ing] in conduct that the lawyer knows or reasonably should know is harassment or discrimination on the basis of race, sex, religion, national origin, ethnicity, disability, age, sexual orientation, gender identity, marital status or socioeconomic status in conduct related to the practice of law. This paragraph does not limit the ability of a lawyer to accept, decline or withdraw from a representation in accordance with Rule 1.16. This paragraph does not preclude legitimate advice or advocacy consistent with these Rules.

In and of itself the ABA rule is meaningless, because lawyers are admitted to state bars and not the ABA. It’s state bar associations who have to adopt this rule and join the social justice warriors before it can be enforced against anyone.

Which means across the country they’re having this fight among the social justice crowd and the rest at the state level, and in a lot of states the answer coming back has been “No.”

But Louisiana happens to be one of the states where the issue isn’t decided, and it’s heating up.

After the Louisiana State Bar Association began taking up the rule, Warren Montgomery, the district attorney in St. Tammany and Washington Parishes, decided to fight it. Montgomery sought an opinion from the Attorney General’s office, and what came back was that this rule is an unconstitutional affront to first amendment rights.

“There has been no demonstration that there is a need” for the rule, Andrews wrote.

An attorney general’s opinion does not carry the force of law, but is used as advice and can lay the groundwork for a legal dispute.

The Louisiana State Bar Association hasn’t taken action on the proposed conduct rule, which is based on an anti-discrimination “model rule” from the American Bar Association.

The language in the state bar association proposal would describe it as professional misconduct to “engage in conduct in connection with the practice of law that the lawyers knows or reasonably should know involves discrimination” based on the list of criteria.

Andrews said the rule likely would be found unconstitutional because its language was vague and the provision involving “conduct in connection with the practice of law” would sweep in areas outside the courtroom entitled to First Amendment protection.

She also described the model rule from the American Bar Association as unconstitutional.

She wrote that the model rule violates lawyers’ freedom of speech and could suppress attorneys’ conduct outside of professional practice, restricting their ability to participate in faith-based and other organizations “that promote a specific political or social platform.”

Andrews also wrote that the model rule is so broad in its prohibited conduct that it could “result in lawyers being punished for practicing their religion” because of a church’s views on same-sex marriage or divorce, for example.

Attorney General Jeff Landry has gone a little further. He, Montgomery and several other of the state’s district attorneys followed up with a letter further explaining the objections to the rule, addressed to Louisiana State Bar Association president Dona Kay Renegar…

Landry and the DA’s are not unsupported in their concerns about this social justice absurdity. Famed constitutional scholar Ronald Rotunda wrote a scathing review of the rule for the Heritage Foundation last October, hammering the ABA for its lack of respect for diversity of thought…

What a strange world it is when a university’s announcement that it supports free speech is major news. And what a strange world it is when the American Bar Association (ABA) decides to discipline lawyers who say something that is politically incorrect. But with political correctness all the rage, it should not be a surprise that the ABA has joined the party, even if belatedly.

The ABA report explaining the reasons for this controversial change starts by quoting then-ABA President Paulette Brown, who boastfully tells us that lawyers are “responsible for making our society better,” and because of our “power,” we “are the standard by [sic] which all should aspire.”[24]

This new Rule 8.4(g) provides that it is “professional misconduct” to engage in discrimination based on “race, sex, religion, national origin, ethnicity, disability, age, sexual orientation, gender identity, marital status or socioeconomic status in conduct related to the practice of law.” If lawyers do not follow this proposed rule, they risk discipline (e.g., disbarment or suspension from the practice of law). In addition, courts enforce the rules in the course of litigation (e.g., through sanctions or disqualification) and routinely imply private rights of action from violation of the rules (malpractice and tort suits by non-client third parties). Violations of the rules matter: They are more than Law Day rhetoric.

Discrimination includes “verbal or physical conduct that manifests bias.” The First Amendment applies to speech, but the ABA tries to get around that by labeling speech as “verbal conduct,” but “verbal conduct” is an oxymoron. Rule 8.4(g) prohibits mere speech divorced from discriminatory action. If one holds a gun and says, “Give me your money or your life,” he is engaging in conduct (robbery) accompanied by words. If one says, “I wish I had Bill Gates’s money,” he is just engaging in speech.

Consider “socioeconomic status,” one of the protected categories. Rule 8.4, Comment 4 makes clear that it covers any “bar association, business or social activities in connection with the practice of law.” The rule covers any “law firm dinners and other nominally social events” at which lawyers are present because they are lawyers.[25] If one lawyer tells another, at the water cooler or a bar association meeting on tax reform, “I abhor the idle rich. We should raise capital gains taxes,” he has just violated the ABA rule by manifesting bias based on socioeconomic status.

If the other lawyer responds, “You’re just saying that because you’re a short, fat, hillbilly, neo-Nazi,” he’s in the clear, because those epithets are not in the sacred litany. Of course, that cannot be what the ABA means, because it is always in good taste to attack the rich. Yet that is what the rule says.

And just to illustrate the sheer social justice absurdity of all of this, Rotunda offers this scenario…

At another bar meeting dealing with proposals to curb police excessiveness, assume that one lawyer says, “Black lives matter.” Another responds, “Blue lives [i.e., police] matter, and we should be more concerned about black-on-black crime.” A third says, “All lives matter.” Finally, another lawyer says (perhaps for comic relief), “To make a proper martini, olives matter.” The first lawyer is in the clear; all of the others risk discipline.

It’s more than just jokes that could be impacted by this, though. Lots of Louisiana attorneys are members of the St. Thomas More Society, which is an organization for Catholic lawyers and is fairly serious about its members’ faith. Many others are members of the Federalist Society. We all know how easy it is for leftist organizations like, for example, the Southern Poverty Law Center to brand conservative organizations as “hate groups” – they did it to the Family Research Council, after all, and inspired a would-be assassin to enter, guns blazing, at the FRC’s headquarters in Washington. How far-fetched is it that should a rule like this be passed, there is then a move to discipline all the members of a conservative legal group which disagrees with the latest social justice fad for having violated Rule 8.4(g)?

Most of us are not lawyers and as such this fight isn’t in our wheelhouse. But it’s a pretty good assumption to make that the fight in the legal profession will soon come to whatever profession the reader calls his or her own…if it isn’t already there.

Interested in more news from Louisiana? We've got you covered! See More Louisiana News
Previous Article Cargo Cult Economics And Baton Rouge’s Effort To Be The “Next Great American City”
Next Article APPEL: You Can’t Grow An Economy With A Jackpot Justice System Like Louisiana Has