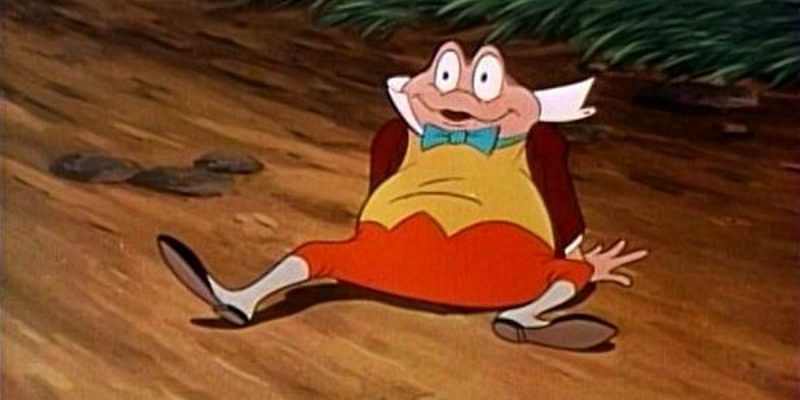 Remember Vance McAllister, the Kissing Congressman from Louisiana’s 5th District? If you don’t, we understand – he lasted about a year and change after winning a 2013 special election to replace the retiring Rodney Alexander, promptly got himself caught on surveillance cameras in his district office making out with a staffer, tried to shrug that off and run for re-election in 2014 only to get crushed in a race eventually won by current seatholder Ralph Abraham, and then he ran for the state senate against incumbent Mike Walsworth and got blown out by a 62-38 margin.

And we all figured that would be the last we’d hear of Vance McAllister.

But we were wrong. He’s turned into something of a real-life equivalent of Mr. Toad.

Vance McAllister, a sports agent and former member of the U.S. House of Representatives from Swartz, is wanted for arrest after he failed to appear in court last week for a debt collection hearing.

McAllister faces a charge of contempt of court for his repeated failure to appear at court.

Fourth Judicial District Court Judge Robert Johnson signed McAllister’s arrest warrant, which set a $2,500 bond. The warrant was issued during a Sept. 22 hearing at the Ouachita Parish Courthouse in Monroe.

McAllister represented the Fifth District of Louisiana in the U.S. House for a little more than a year. His political career floundered in the wake of an extramarital affair uncovered by The Ouachita Citizen in the spring of 2014 when he became known as the “kissing congressman.” At that time, McAllister continued to brand himself as a wealthy businessman while The Ouachita Citizen published a handful of news reports revealing McAllister’s questionable finances and debt.

Earlier this year, banks and other creditors lined up to collect debt owed by McAllister. Some of the entities which sued McAllister in Fourth Judicial District Court included Wells Fargo Bank, American Express, IberiaBank, Origin Bank and Richland State Bank. Court records show a default judgment was entered against McAllister in a handful of the cases, including Origin Bank’s suit filed in June for a $296,000 debt and IberiaBank’s suit filed in August for a $250,000 debt.

Richland State Bank had filed a motion in July to do a judgement debtor examination on McAllister, but he failed to show up for a hearing encompassing that. Then he was given a hearing date to show cause why he wasn’t in contempt of court, and he didn’t show up for that either.

So now it seems McAllister is on the lam. If you see him, you might want to alert the authorities – and hang on to your wallet.

Interested in more national news? We've got you covered! See More National News
Previous Article Join Us Nov. 1 In Lafayette For The Hayride’s Fall Dinner!
Next Article The Fifth Circuit Might Well Be Getting Better If Trump’s Appointments Are Confirmed