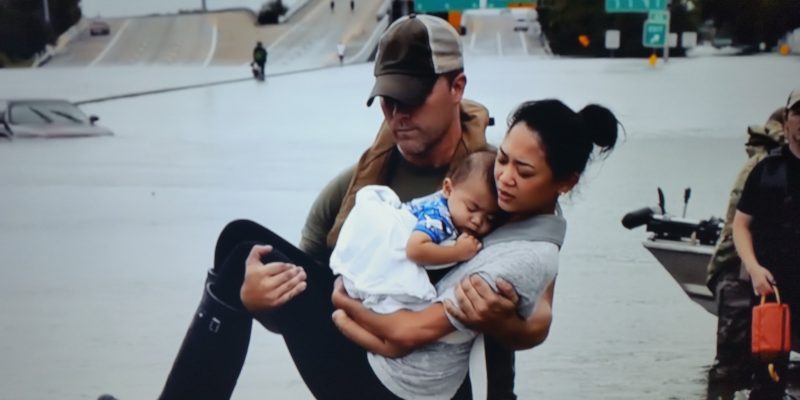 There has been one photo that has been making the rounds on the internet to signify the community of Houston and the surrounding area coming together after the horror of Hurricane Harvey. The photo depicts an officer with a S.W.A.T. cap carrying a woman through the flood as she holds her baby. 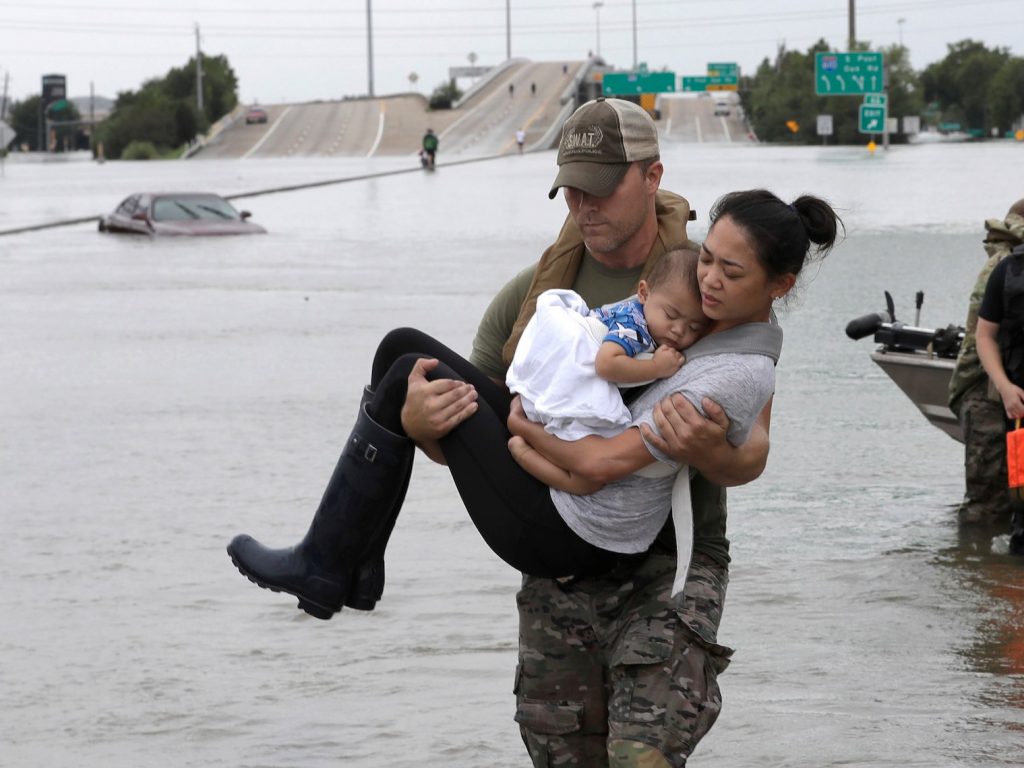 “I was just keeping an eye out and as soon as I saw the SWAT team member carrying her and then seeing the baby, I just couldn’t believe that baby was wrapped up in there and not crying,” photographer David Phillip said of the moment Sunday afternoon when his lens found the trio. “It was just tender. It was very special.”

The photo became a symbol of hope in disaster. It showed a hero’s spirit. And it showed a brave officer.

The photo has appeared everywhere, including in a recent Wal-Mart and Red Cross commercial. The problem is they edited the photo to remove S.WA.T. from the man’s cap.

In the video entitled “#BetterTogether” the commercial shows multiple photos of people comforting each other or helping to save other’s lives. An instrumental version of “Lean On Me” plays in the background with people lightly humming.

The purpose of the video is to encourage people to go to their local Wal-Mart or to go to Wal-Mart.com and make a donation to the Red Cross. Wal-Mart saves they plan to match two times the value of all donations given at through them.

Texas is very thankful for the work of Red Cross volunteers and donations from Wal-Mart and other companies around the nation, but one must wonder why they would edit out this S.W.A.T. cap from the epic photo of an officer helping his community.