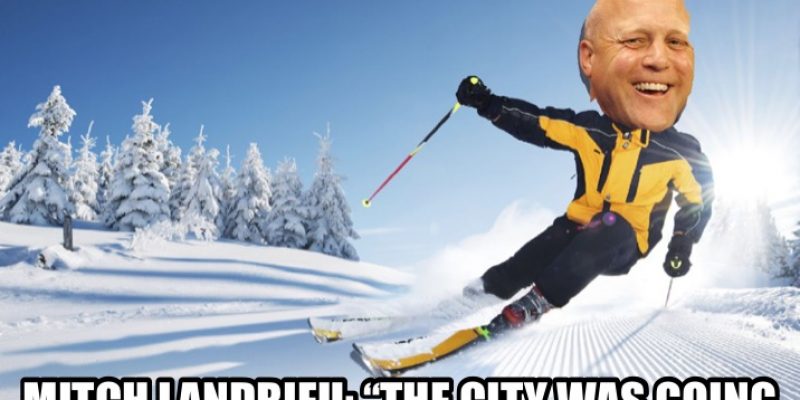 Against the advice of his top staff, Landrieu stayed in Aspen on Sunday, Aug. 6, the day after the flood, to speak at the home of financial analyst Leah Zell on a panel titled “The Home Front: A Group Discussion About Domestic Politics.”

The day before, the rain had begun falling at 1 p.m., and low-lying areas of the city started filling up with water when pumps maintained by the New Orleans Sewerage & Water Board had difficulty keeping up.

By 4 p.m., the rain was still coming down and 911 calls about the flooding were pouring in to the city’s emergency agencies.

“Is all ok?” Landrieu texted to Smith.

She replied, “Lots of rain and street flooding at the moment. Am on call with (Emergency Operations Center) and comm(unication)s. Will update shortly.”

Meanwhile, there was no direct communication between Landrieu and the head of New Orleans Sewerage & Water Board, who handles the drainage in the city.

Almost as revealing as what was contained in the text exchanges is what wasn’t. There was no direct communication between Landrieu and [Cedric] Grant, who held a dual position as executive director of the Sewerage & Water Board, responsible for city drainage, and Landrieu’s deputy mayor over capital projects.

Walker said city staffers all take on different roles in a given incident, and one point person will handle communication with the mayor. In the case of the Aug. 5 flood, that point person was not Grant, who soon was gone from both his jobs.

These revelations about Landrieu’s text messages will raise concerns about his administration’s handling of the flood. For example, Landrieu’s lieutenants were not giving him much information about the severity of the flooding. That is a leadership failure.

Also, the lack of communication between Landrieu and the Sewerage & Water Board is also a red flag.

Landrieu’s handling of the August 5th flood is sure to be raised in his likely presidential bid and it will provide fodder for his opponents.

Interested in more national news? We've got you covered! See More National News
Previous Article John Bel Edwards Is Now Trying To Glom Louisiana On To Harvey And Irma Relief
Next Article Just When You Thought LSU Was Climbing Out Of The Football Woods…