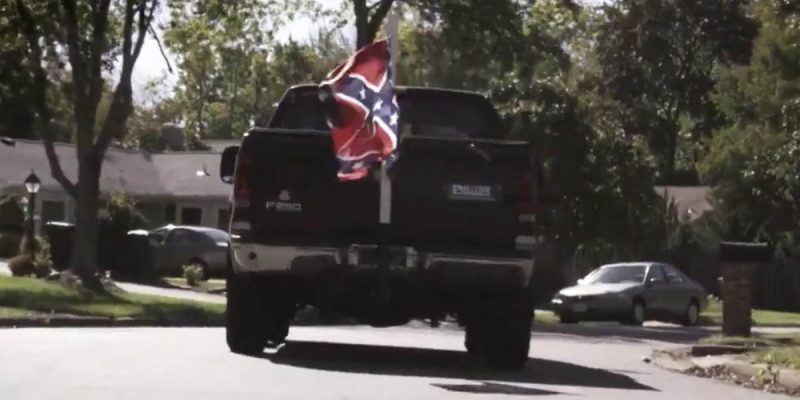 We would say there is a very good chance Death Race 2017 – which is our title for the ad, not that of the Soros-funded Latino Victory Fund, the Democrat PAC running it – will drive away a lot more voters than it attracts. It’s a pretty powerful visual, but it’s the kind of white-hot propaganda most people would recoil from in disgust.

Ed Gillespie and Donald Trump promise the American dream, but can only deliver an American nightmare. No more. Vote @RalphNortham. #GameOnVA pic.twitter.com/mwpWXM47HZ

The first reaction we had to this was “Good God, is this really what they think of us?” To which, of course, the answer is “yes, it is.” The professional Left has time for little else but to denigrate, otherize, browbeat and name-call normal Americans, and the worn-out public has begun to punish them for it.

In Virginia, which is a trending-blue state to be sure given the growth of the federal government and the demographic effect that has had on voting patterns in a state bordering the District of Columbia, this ad will be an interesting test of just how far out of touch the Democrats are. Because for the ad to resonate, the public will have to buy in to the idea that Ed Gillespie, the rather nondescript, anodyne political animal who’s the target of the spot, is an Alt-Right racist who sanctions his supporters running down Mexican and Muslim kids on suburban streets with pickup trucks.

The ad might be a bit more effective against Corey Stewart, Gillespie’s grass-roots challenger in the primary. Stewart was much more of a shoot-you-between-the-eyes style of political campaigner and he did everything he could to irritate and outrage Virginia’s leftists. Gillespie, by contrast, is one of the more diplomatic/nice-guy pols around. They’re running this against him because he’s taken the somehow-radical positions that he wants to get aggressive against MS-13, the hyper-violent Salvadoran drug gang which is setting up shop in northern Virginia, and that he’s opposed to sanctuary cities.

And because the ad so poorly fits Gillespie’s political style, it’s really not an attack on him at all. Rather, it’s an attack on Republican voters. Which brings us back to the question, “Is this really what they think of us?” Gillespie’s campaign manager Chris Leavitt, called it “an all-out attack on the people of Virginia. This latest ad gives a clear indication of just what Ralph Northam and his national Democratic allies think of all of us, and it’s sickening.” That response might very well resonate more than the ad.

And the Latino Victory Fund’s consultants maybe should have considered that before running this spot. There are a whole lot of people in Virginia who might be persuadable voters and who’ll be deeply insulted at being portrayed this way.

In a tight race like the one between Gillespie and Ralph Northam, the spot could well be the difference, winning or losing the election for the Democrats. But more than that and beyond the election on Nov. 7, it’s virtually assured that hard feelings from material like this will only drive the nation further apart.