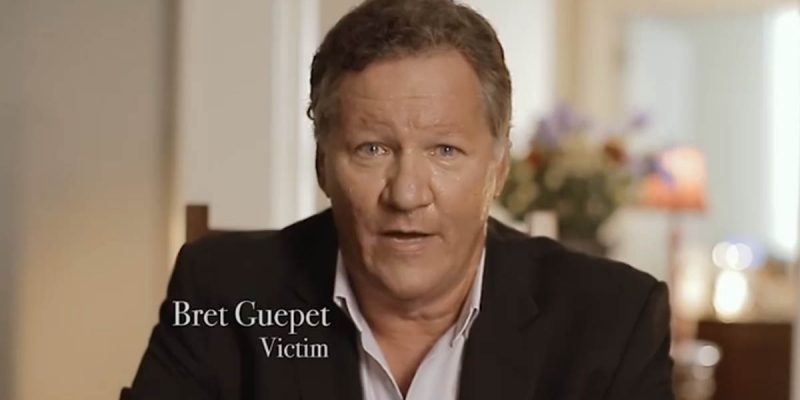 Among political consultants you’ll occasionally hear the term “48-hour ad” used to describe what is also loosely referred to as an “October surprise” – a bit of messaging offered at the very end of a political campaign which is salacious or shocking, and its release designed to discredit an opponent at the last minute of a race without time for that opponent to answer it.

The famous “Willie Horton” ad at the end of the 1988 presidential race George H.W. Bush won over Michael Dukakis probably stands as a good example.

Well, in the Jefferson Parish Council race between state senator Danny Martiny and Kenner City Councilman Dominick Impastato the latter uncorked a 48-hour ad for the ages. This is one of the roughest TV spots we’ve ever seen…

The bill in question was one Martiny passed in 2011, and victims’ rights groups were pretty exercised about it at the time. Martiny would argue it was an early precursor to some of the criminal justice reforms going on now, and that incarcerating old people who have passed their prime as criminals if it’s fairly clear they aren’t dangerous anymore is just a waste of money.

There’s a fairly decent intellectual argument on policy and pragmatism which could be had over that position, and we’re not committed to either side of it as a matter of general principle. The problem is these things are not matters of general principle; they involve real people and real suffering and when you let someone out of jail who’s committed a horrible crime there’s going to be a story told about it – and that story is going to be bloody and soul-crushing.

In this case, Bret Guepet is still around to tell that story. And Impastato and his campaign consultant Greg Buisson were more than willing to feature it as a closing argument in what has been an absolutely ferocious race. As we understand it Impastato appears to be in the lead in the race; if that’s true this ad will either finish Martiny off or, probably less likely, significantly backfire and breathe new life into the state senator’s campaign.

Interested in more national news? We've got you covered! See More National News
Previous Article COURRÈGES: Guide and Recommendations to Proposed Constitutional Amendments
Next Article BAYHAM: Can The Saints Be Saved From Politics?