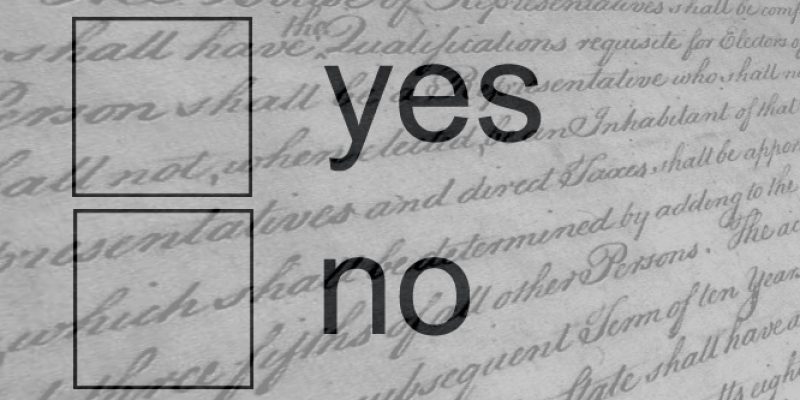 Well, Louisiana is having yet another election Saturday, and you know what that means — yet another spate of proposed constitutional amendments will be on the ballot.  The Louisiana Constitution of 1974 already boasts a whopping 186 amendments, most of which encompass basic (even trivial) policy matters that shouldn’t be enshrined in the state’s highest legal authority.

However, until we have the wisdom to scrap the ’74 constitution and start over again with something more sensible, we’re left with these continual votes on new amendments, some of which have significant consequence.   It’s worth knowing what these amendments are and the merits of each.

Thus, without further ado, here is my personal guide to the 2017 proposed Constitutional amendments:

Vote yes.  This one is a no-brainer.  It is manifestly unfair to tax something that hasn’t even been constructed.  In most cases, you’re basically taxing a theoretical building.  While there are already numerous business tax exemptions, that doesn’t make it fair to tax a work in progress as though it were already complete.  You also discourage investment by taxing something that isn’t even capable of generating revenue.

AMENDMENT #2: Gives a full property tax exemption to spouses of volunteer firefighters, emergency medical responders, technicians and paramedics who died in the line of duty.

Vote no.  This proposed amendment embodies yet another feel-good property tax exemption that tears at the heartstrings but is simply terrible public policy.  An amendment passed in 2016 (which I also opposed) created an identical exemption, but limited it to surviving spouses of National Guard members, state police, law enforcement, and fire protection officers.  This amendment implicitly contends that the 2016 amendment was under-inclusive and thus should be extended to all other first responders.

Folks, everybody feels for widows and widowers of any public employee or volunteer who dies in the line of the duty, but the tendency to exempt sympathetic people from taxes is a slippery slope. Lots of people who go through personal hardship still have to pay their taxes.  Some of them are even more sympathetic than the surviving spouses of first responders.  The bottom line is that compassion shouldn’t trump sound policy.

AMENDMENT #3:  Creates a “Construction Subfund” within the state’s Transportation Trust Fund for any new fuel taxes.

Vote no.  Here we have a very dull-sounding amendment that appears designed to save the legislature from itself.  The problem is that it probably won’t accomplish that.  Money is fungible, and legislators are old hands at shifting it around. Furthermore, if legislators are not putting adequate funds into infrastructure projects, the solution needs to be to elect better legislators, not to throw up roadblocks in hopes that they can be legally forced to spend taxpayer dollars appropriately.

Mercifully, those are the only three amendments on the ballot this year.  Regardless of how you choose to vote on these amendments, I urge you to carefully consider the actual ramifications.  This ridiculous system of ours only works if people pay attention (which is to say, it doesn’t usually work at all).