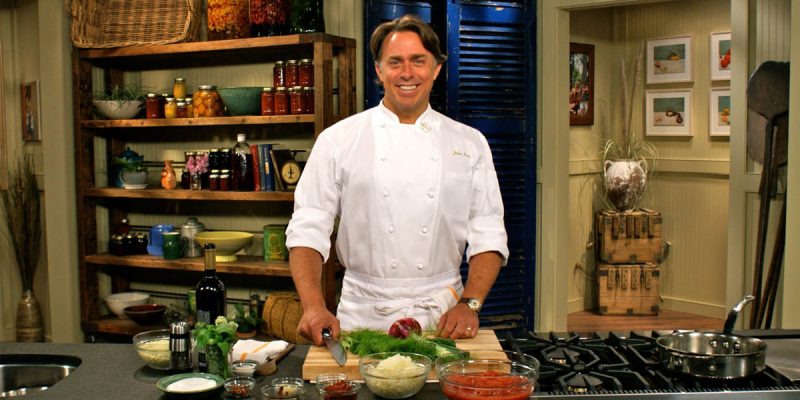 It looks like the sexual harassment Olympics will be a lot more competitive than anybody expected. Harvey Weinstein may well be leading in the medal count, but now that famed New Orleans chef John Besh just had to step down from his company…well, let the games begin!

Chef John Besh is stepping down from his restaurant group in the wake of sexual misconduct allegations against him and his company.

Besh’s departure from Besh Restaurant Group, which he co-owns, was announced in an email to staff on Monday (Oct. 23).

“John has decided to step down from all aspects of operations and to provide his full focus on his family,” said Shannon White, announcing she was stepping in as CEO.

In an eight-month investigation, 25 current and former Besh Group employees told NOLA.com | The Times-Picayune that they were victims of sexual harassment while working at BRG or at a number of its restaurants.

Two separate complaints alleging sexual discrimination and retaliation have been filed since December with the federal Equal Employment Opportunity Commission. One complaint by a former employee says Besh “continued to attempt to coerce (her) to submit to his sexual overtures” during a months-long sexual relationship while she worked for him.

In a written statement addressing the woman’s assertions, Besh said it was “a consensual relationship with one member of my team.”

It’s fair to note that the woman’s allegations contain an admission she was having an affair with Besh, and depending on the specifics of the case we could be talking about a miscommunication or, more to the point, a woman-scorned type of situation.

Except he just quit the company he founded and co-owns. Which isn’t the best look.

The best explanation for why Besh quit is damage control. This isn’t the kind of punch in the face any restaurant company wants…

On Sunday, Harrah’s New Orleans casino confirmed that it was severing ties with Besh. The casino had been home to Besh Steak since 2003. It was the celebrity chef’s second restaurant in New Orleans, following Restaurant August, which opened in 2001.

BRG still operates 11 restaurants plus a bar and event space in New Orleans. It employs 1200 people.

John Besh stepping down might be an attempt to save the Harrah’s arrangement.

In any event, the short lesson here is just being really, really good at something doesn’t mean a whole lot if you’re abusing your employees and particularly the female ones. Increasingly – and this may or may not apply to the Besh situation – if you’re the boss and you decide to take up with an employee who thinks it’s cool to sleep with the boss, don’t be surprised if that employee starts to become a problem when one of you decides to break it off.

Interested in more news from Louisiana? We've got you covered! See More Louisiana News
Previous Article So, Baton Rouge…Do You Feel Like You’re Getting Your Sales Tax Dollar’s Worth?
Next Article United Daughters Of The Confederacy Sues To Block Removal Of Shreveport Monument