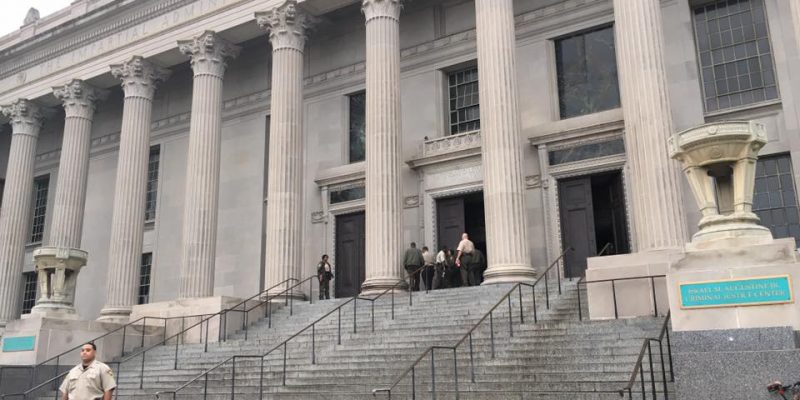 On Monday, the Lens reported on a lawsuit which alleges that New Orleans District Attorney Leon Cannizzaro, who has admitted that his office utilized fake subpoenas to intimidate witnesses into appearing in court, essentially lied when he claimed that nobody had been arrested pursuant to said subpoenas:

Orleans Parish prosecutors obtained arrest warrants for at least 10 victims or witnesses in criminal cases because they did not obey fake subpoenas, attorneys allege in a civil rights lawsuit filed in federal court Tuesday morning.

Six were jailed, according to the suit.

In several of those cases, the witnesses were held for days without seeing a judge — sometimes with bail set at $100,000 or more, higher than for the people accused of the underlying crimes.

The suit, brought by the ACLU and by the Civil Rights Corps, says the phony subpoenas are part of a pattern of violations of the U.S. Constitution and Louisiana law by District Attorney Leon Cannizzaro and the prosecutors who work under him.

Cannizzaro has said repeatedly no one was jailed for disobeying a fake subpoena.

Without researching these allegations in-depth, it is difficult to ascertain whether the lawsuit has merit.  Even assuming the accusations are true, prosecutors generally enjoy absolute immunity for their official actions, even if they are unethical or even malicious.  To wit, the U.S. Supreme Court ruled in Imbler v. Pachtman, 424 U.S. 409 (1976), that prosecutors are entitled to absolute (i.e., unlimited) immunity when performing core prosecutorial functions.

In other words, you don’t want to get on a prosecutor’s bad side.  There’s a reason Cannizzaro and other prosecutors have felt comfortable fabricating subpoenas — they are generally not subject to lawsuits for even the most egregious misconduct, irrespective of their motivations.  Many legal observers, including myself, believe that this rule is ill-considered and should be reduced to, at minimum, a qualified immunity standard whereby prosecutors who violate established law can be held liable.  Still, it remains the law.

The question remains, however, whether this suit will prove viable.  The major instance in which absolute prosecutorial immunity came before the U.S. Supreme Court was in the case of Pottawattamie County v. McGhee in 2010.  That case also involved accusations of fabricated evidence, although that evidence was used to obtain actual convictions, not merely arrest warrants.  The question for the Court was essentially whether prosecutorial immunity covered a complete frame-job by prosecutors:  How far does a prosecutor have to go before the courts cry “uncle” and allow a litigant to have his day in court?

The Obama Administration plus 28 states sided with prosecutors in Pottawattamie County v. McGhee, agreeing that a citizen who is outright framed by prosecutors should have no right to sue them.  However, while the case reached oral argument, it was settled for a whopping $12 million before a decision was reached.  The risk of a verdict was simply too great.

Regardless of whether the lawsuit will ultimately prove meritorious, it is certainly a black eye for Cannizzaro.  The fake subpoenas were already arguably ethical misconduct, as attorneys are required to be reasonably forthright with third parties, but tricking magistrate judges into issuing bad arrest warrants that land innocent witnesses in jail is a step further, and perhaps a step too far.  Also, he has opened up his office to millions in potential liability at a time when the city simply cannot afford it.

Interested in more national news? We've got you covered! See More National News
Previous Article Looks Like All The State’s Republicans Are Lining Up Behind John Schroder
Next Article John Kelly Was One Heck Of A Good Hire As Trump’s Chief Of Staff