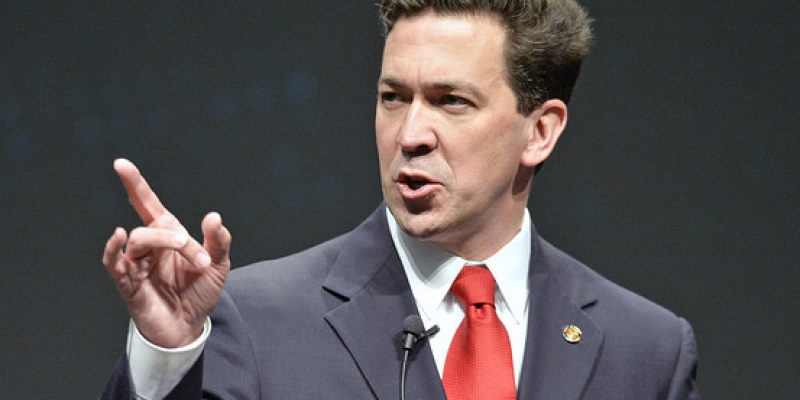 Roy Moore won the GOP Republican primary in Alabama, and let’s be honest, he’s going to win the Senate seat in December. It was one of the first shots in Bannon’s crusade against Republican incumbents and the installation of people supportive of his agenda.

It’s looking like the next battleground will be Mississippi, where a very similar race is already beginning to unfold. Word is that Bannon is throwing his support behind Mississippi State Sen. Chris McDaniel, who narrowly lost to Sen. Thad Cochran in 2014. McDaniel hasn’t officially announced a Senate run, but Bannon is urging him to enter the race and there’s already a good amount of heat being generated.

Former Trump administration aide Steve Bannon, fresh off a primary victory in Alabama, where he helped Roy Moore win in a tight primary battle, is now setting his sights on the Mississippi Senate race.

Bannon is allegedly throwing his support behind Mississippi State Sen. Chris McDaniel, who narrowly lost to Sen. Thad Cochran in 2014. McDaniel is mulling a Senate run but says Bannon is urging him to enter the race.

Bannon said in states like Mississippi and many others, he has a strong shot at shaking up the status quo.

Senator Roger Wicker is the guy in the crosshairs here, and even though we’re a year out from the election you can already tell how this is going to play out. McDaniel is widely remembered as a firebrand constitutionalist amongst conservatives in the state, and many felt he was robbed of a Senate seat in his race against Cochran back in 2014.

He already has the outsider image that’s defining Bannon’s breed of Republicanism. And since he’s allegedly been a friend of Bannon’s for years it’s hard to imagine a better pick to oust Wicker.

So far, the Alabama strategy that Roy Moore used against Luther Strange is already coming in handy for McDaniel.

“He’s [a] Mitch McConnell yes man and that’s not what [Mississippians] have asked him to do,” McDaniel told Fox News. “We want someone that will fight for our belief systems. That will fight for conservative values and Roger Wicker hasn’t done that.”

Wicker, who is presumably learning from the Alabama race, is doing everything he can to prove himself as a pro-Trumper. When Bob Corker made his rant against Trump earlier this week, it was a line in the sand where many Republicans had to declare where they stood. Wicker chose Trump.

But once again, the Achilles heel is the McConnell connection. In an interview with Wicker, Breitbart specifically asked whether Wicker thought McConnell did enough to reign in Corker, a question that Wicker didn’t respond to.

Wicker criticized Sen. Bob Corker (R-TN) for attacking Trump on Tuesday, which Wicker did both on CNN and in an exclusive in which he doubled down on criticizing Corker to Breitbart News in an exclusive follow-up.

And to add more spice to the gumbo, a lot of talk is going around in Mississippi about Thad Cochran’s poor health, which looks like is going to cause him to resign sooner than later. That would leave Gov. Phil Bryant with the option of appointing McDaniel to the position in Cochran’s place, which many Mississippi voters would see as poetic justice.

More than anything, this will be the race that determines what’s really happening in the Republican Party. Some are still calling Moore’s victory a fluke that only came about because of special circumstances in Alabama. My guess is that McDaniel and Bannon have something to say about that.