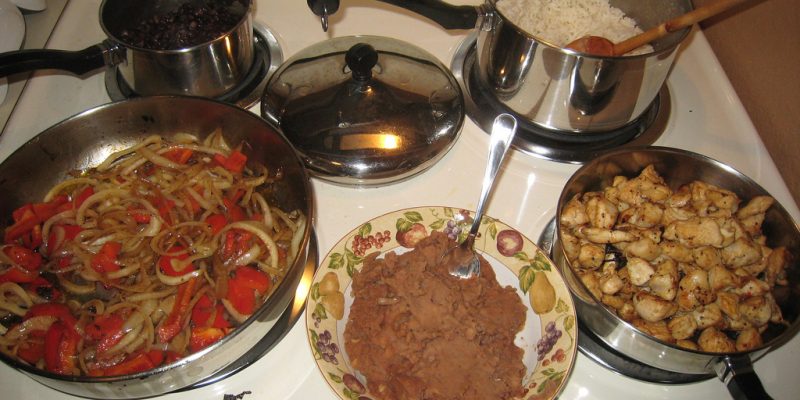 Someone needs to ask this question to Gilberto Escaramilla, a Cameron County Justice Department employee, because up until now, he pulled off the fantastic fajitas theft.

The scheme unraveled Aug. 7 when Gilberto Escaramilla took a day off work and someone else answered the phone at the Cameron County Juvenile Justice Department kitchen, the Brownsville Herald reported.

A driver from Labatt Food Service in Harlingen was calling to inform the kitchen of an 800-pound delivery of fajitas.

The woman who answered the phone was alarmed: The juvenile department’s kitchen does not serve fajitas.

Officials alleged Escaramilla took $1,251,578 worth of fajita orders and delivered them to his own customers, the Heraldreported.

“He would literally, on the day he ordered them, deliver them to customers he had already lined up,” Saenz said. “We’ve been able to uncover two of his purchasers, and they are cooperating with the investigation.”

Oh, well that makes sense. Open up a business and use government money to provide the capital. That can’t possibly go wrong, correct? This guy was just illegally using government money to subsidize his catering business. If you paid attention to the Obamacare news last week, insurance companies were apparently doing the same thing.

Anyway, in all seriousness, as the story admits, this is a pretty big failure of the agency as a whole, and not just Escaramilla’s moral compass. People were signing off on these massive expenditures and no one raised a question. It wasn’t until the guy took a day off and missed a phone call that it came out into the open.

So, once again: The next time a liberal tells you government can run something better or more efficiently, direct them to this insanity.