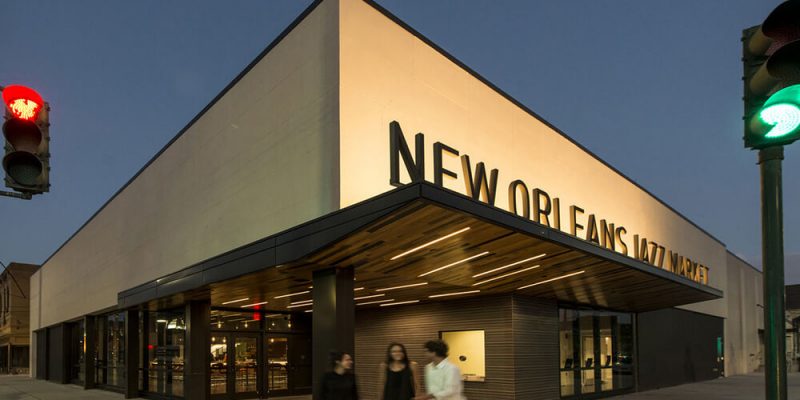 If there is any message to be drawn from Saturday’s election results in the New Orleans mayoral primary, it is that limousine liberalism remains ascendant.  The runoff will be between two lackluster candidates: Councilwoman LaToya Cantrell, who garnered 39% of the vote, and former Municipal Court Judge Desiree Charbonnet, who trailed with 30%.

The smart money is on Cantrell, who is perhaps best situated to continue the legacy of Mayor Mitch Landrieu.  For people on the left who only pay superficial attention to local politics, this might seem like a good thing.  Landrieu is a champion of progressive causes.  It was he who initiated the national trend towards removing Confederate Monuments, and thereafter became head of the National Conference of Mayors, a position he used to promote what he calls the “radical center.”

What this really amounts to is having local officials pontificate on national issues that they have little to no practical influence on.  In the past year, Landrieu has crowed about “climate change” in open rebuke to President Trump’s decision to withdraw from the Paris Accords, gotten into tussles over immigration regarding New Orleans’ alleged status as a sanctuary city, and even condemned Republican efforts at healthcare reform.

In the meantime, Landrieu did little if anything to encourage economic development or reduce the cost of living.  Redevelopment encouraged by his administration consistently tended to be of the upscale variety, from the revitalization of Oretha Castle Haley Boulevard in Central City to the Market Street development in the Central Business District.  Taxes edged upwards.  Water and sewerage rates skyrocketed.

And while these sexy projects and exhortations to national issues were given press, the general business of governing fell by the wayside.  Most notoriously, over this summer, it became painfully apparent that Landrieu had no idea  that New Orleans’ broken drainage infrastructure placed citizens and property at imminent risk, but hey, at least he had gotten some good press from the New York Times.

Cantrell is in the same vein as Landrieu.  Her tenure as District B councilwoman has been punctuated by symbolic gestures.  She gives face-time at local progressive protests, such as those in favor of Planned Parenthood or for the amorphous concept of “science.”  She repeatedly pursues vapid, feel-good progressive policies — whatever is making the rounds — to convince wealthier liberals that she’s on their side.  These include the smoking ban (which she successfully spearheaded), as well as proposals for a ban or tax on plastic shopping bags, a rental registry bureaucracy, and municipal ID cards for illegal immigrants.

These types of policies hardly benefit your average working-class person who is barely getting by.  In fact, if they have any impact at all, they tend to make their lives more difficult.  However, they are popular amongst liberal elites, a proverbial secret handshake.

But what about the poor and disenfranchised?  Cantrell provides assurances that she’s not about to indulge anything resembling class warfare.  In fact, she’s takes credit for the worst excesses of the Landrieu Administration in favoring the wealthy at the expense of the poor.  Heck, she’s become the most virulent supporter in the city council in favor of converting rental housing to Airbnb’s.  And to hear her describe it, you get the idea that Market Street and OCH are her progeny.  Cantrell’s message is clear:  If you like the idea of taxpayer dollars being used to fund upscale redevelopment aimed at attracting wealthy transplants, vote for me!

This strategy leads to superficial success.  Rather than going through the drudgery of creating economic opportunity for existing residents, you price them out and hope to attract a higher class.  It’s hardly fair, and it’s not a net gain for society by any stretch of the imagination.  The strategy is failing even by its own standards thus far, but it has worked elsewhere.  Give it time.

Conservatives are often accused of enticing blue collar types to vote against their own interests, but we have nothing on folks like Landrieu and Cantrell.  At least in theory, conservatives and libertarians just want government to tax and regulate less, allowing the operation of the market to determine outcomes.  Limousine liberals, on the other hand, lack even theoretical fealty to free market ideals.  They want government to put its thumb on the scale, and the winners they favor are those who resemble themselves — educated, wealthy, liberal, professional-types.

The sheer hypocrisy of all of this seems to be entirely lost on Cantrell’s supporters.  Many of them are caught up in national politics and simply ignore the agenda she’s been pushing locally, where she actually exercises influence and control.  Others are more cynical — wanting to feel like good progressives while actually voting their own elitist interests.

Ultimately, though, limousine liberal politics continue to be a force to be reckoned with in New Orleans.  For those who want the government to orchestrate a smaller, wealthier, and whiter city, this is a welcome development.  For others, like me, who would prefer a government that regulates less and is fair to everyone, it is truly disheartening.

Interested in more national news? We've got you covered! See More National News
Previous Article What Would Someone Even Do With $1.2 Million Worth of Fajitas?
Next Article 20 FOR 2020: Let’s Use Louisiana’s Film Tax Credit To Compete With Hollywood