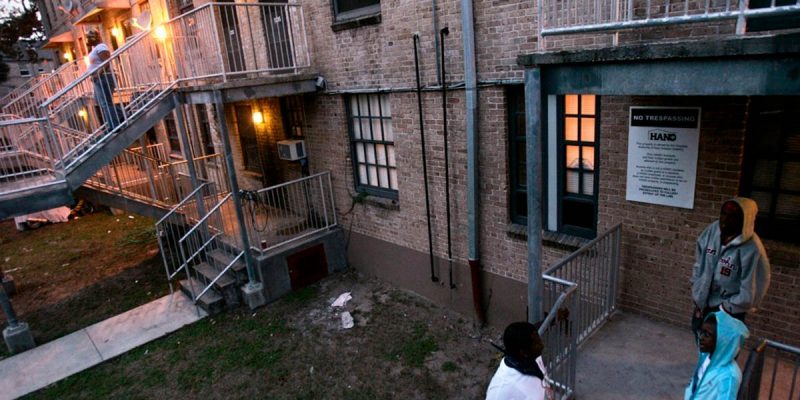 A recent report released by 24/7 Wall Street, a national financial news and opinion research company, states that Louisiana is the fourth poorest state in the country. This sobering report comes on the heels of another recent report by Governing magazine, which used 2016 Census figures to conclude that Louisiana has had the largest decline in real income in the nation. Poverty is endemic here, and it’s rising.

“The typical Louisiana household earns only $45,146 a year, less than in all but three other U.S. states. Serious financial hardship is relatively common in Louisiana as about one in every five state residents live below the poverty line, the second highest poverty rate of any state — and well above the 14% U.S. poverty rate. Low incomes and high poverty rates are indicative of a poor job market, and that appears to be the case in Louisiana. Some 6.1% of the state’s labor force are out of a job, the third highest unemployment rate of any state.”

These rankings, while tragic, are likely not a surprise to many of us. In fact, it is well documented that poverty has long been one of the most significant challenges we face as a state. We have too many children who grow up in it…too many communities surrounded by it…and too many adults trapped in it. This predicament has enormous ripple effects that continuously haunt many of our policy and political challenges.

Our poor education rankings are often linked to poverty. Workforce challenges, crime rates, drug usage, and even Louisiana’s high rate of obesity have also been connected to poverty. Over the years, Louisiana has often unsuccessfully turned to big government to fight it. Many of the largest and most rapidly increasing spending programs in our state budget are intended to address this challenge. However, many of these government programs, some stemming all the way back to the days of Huey Long when he promised a chicken in every pot, continue to fall short in moving the needle on the issue.

So… the million-dollar question…if Louisiana’s history of heavily relying on government spending programs and mandates have proven ineffective, how then can we evolve our approach to finally elevate people out of poverty and create a culture of growth?

While there is no singular easy answer, a big piece of the solution is to simply provide better job opportunities for Louisiana workers… and manufacturing may hold the key.

Last year, manufacturers contributed $2.18 trillion to the U.S. economy. For every $1.00 spent in manufacturing, another $1.8 is added to the economy, the highest multiplier effect in the country. Taken alone, U.S. manufacturing would be the ninth-largest economy in the world.
But let’s focus a little closer to home.

The total output? $52 billion. The average compensation? $85,000, which is almost double the average wage offered in Louisiana.

The economic benefits of growing our manufacturing base to aid our state’s fiscal environment are obvious. We are blessed with amazing natural resources, diverse distribution channels and a strong manufacturing presence – but to truly harness all that potential to more effectively fight poverty, we must start viewing manufacturing jobs differently. We must improve our efforts to attract more of them and make it our mission to protect the ones we have today.

October is manufacturing awareness month. As Louisiana’s state manufacturing association, we at LABI are proud to represent this critical industry partner and work to bring more of these jobs right here to Louisiana. As part of that mission, throughout this month we will focus awareness on important manufacturing topics like:

So, stay tuned on this topic throughout the month at www.labi.org and on all of our social media channels. The history of poverty in our state is a tragic tale, but our manufacturing history is a Louisiana made success story. Let’s start connecting these two efforts and make sure both of those futures are even brighter.