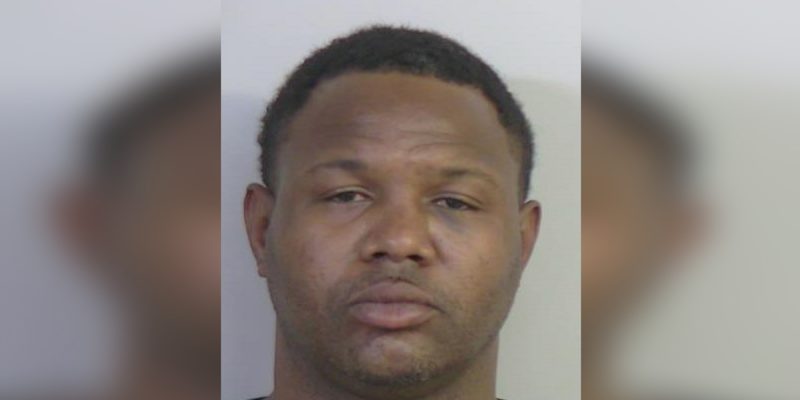 At a press conference yesterday, law enforcement officials from Zachary and East Feliciana Parish announced the arrest – at a WalMart in Tuscaloosa, Alabama, of all places – of a man named Taurus Hamilton and a woman named Belinda Folse. It appears Taurus Hamilton is the one responsible for four murders in Zachary and Slaughter on Sunday, and the two were caught making a getaway. Folse, who is Taurus Hamilton’s mother, was booked as an accessory after the fact for the Zachary murder.

Authorities said Taurus Ike Hamilton fatally shot a man at a Zachary gas station and then drove up the road to kill his ex-girlfriend, her boyfriend and his father in East Feliciana Parish late in the afternoon.

Hamilton, 36, was arrested in Tuscaloosa, Alabama, on Monday after fleeing with his mother from local police, Zachary Police Chief David McDavid said at a news conference Monday.

The first killing occurred at about 4:45 p.m. at the Chevron Station in Zachary, McDavid said. Police believe Hamilton shot 22-year-old Chris Price after an argument by the fuel pump.

Hamilton then drove about five miles north on Plank Road to the home in Slaughter where his ex-girlfriend, Laquana Whitfield, 30, lived with her new boyfriend, Gerald “PJ” Tate, 29, and his family, East Feliciana Sheriff Jeff Travis said.

Investigators noticed that the front door frame was splintered. Gerald “Pie” Parker was found shot in the head while sitting in a chair in the front room, according to an East Feliciana Parish arrest warrant.

A witness inside the house with a young child heard the initial gunshot and told investigators she saw Hamilton proceed down the hall to the back bedroom where Tate and Whitfield were later discovered dead, according to the warrant. The sound of two gunshots then rang out, the witness said.

The witness told investigators that Hamilton then moved towards her, but she locked herself in a bathroom. A family member said the child was with the witness. Investigators said Hamilton left the home in a tan Ford pickup truck.

So we weren’t correct yesterday when we asked if there was another serial killer prowling the northern reaches of the Baton Rouge area. This wasn’t a serial killer – instead it was a lunatic on a rampage. That doesn’t make us feel much better – why is it that we seem to have so many different flavors of murderer around here? One guy decides to rub out all the customers of his plumbing business who are slow with their checks, and another kills a stranger over an argument at a gas pump and figures it’s time to wipe out his ex-girlfriend and her people on his way out of the state? Lord knows what’s next.

By the way, this doesn’t really look like a crime of passion. It looks more like ol’ Taurus was merely following the pattern of his behavior to an inevitable conclusion.

Whitfield’s death was the tragic end to years of domestic abuse by Hamilton, her family said in interviews at a Baker home on Monday afternoon.

Her aunt Shirley Dunn said Whitfield and Hamilton had known each other about ten years and had four daughters together. Whitfield was a good mother to her five daughters, she said.

But Hamilton, over the course of their relationship, had abused her repeatedly by beating her and even brandishing a gun, she said.

“She was always fearful of him. She was very scared of him,” Dunn said.

Dunn said Whitfield left Hamilton about two years ago. She has been living with Gerald Tate, whom Dunn described as respectable and quiet.

But Whitfield continued to deal with her ex-boyfriend, as they traded their kids back and forth on a weekly basis, she said.

Records at the 20th Judicial District Court in Clinton show that Hamilton in September 2010 pleaded guilty to simple battery against a person identified as Laquana Whitfield. He was sentenced to 30 days in parish jail.

The year prior, Hamilton was arrested on charges of improper telephone communications, and Whitfield was subpoenaed to testify. That case was dismissed.

Shaquana Whitfield, the victim’s sister, said Hamilton also tried to break into her home in 2016 to get to Laquana and her children. Hamilton was arrested in the incident, according to a June 2016 arrest affidavit.

East Baton Rouge District Attorney Hillar Moore III said prosecutors did not charge Hamilton in the case because it was unclear who was the primary aggressor and the victim did not want to proceed.

There’s more. It appears that Hamilton showed up at the Winn Dixie in Zachary, where Whitfield worked, and proceeded to get into a fight with her there to such a degree that the manager sent her home. And the victim of the Zachary gas station murder was apparently friends with Tate, the new boyfriend, and Parker, the ex-girlfriend’s father.

Interested in more news from Louisiana? We've got you covered! See More Louisiana News
Previous Article MIRE: The Senate Tax Cuts and Jobs Act Would Be A Win For Louisianans
Next Article BATISTE: Bob Mann’s Confederaphobia Comes To A Head At LSU