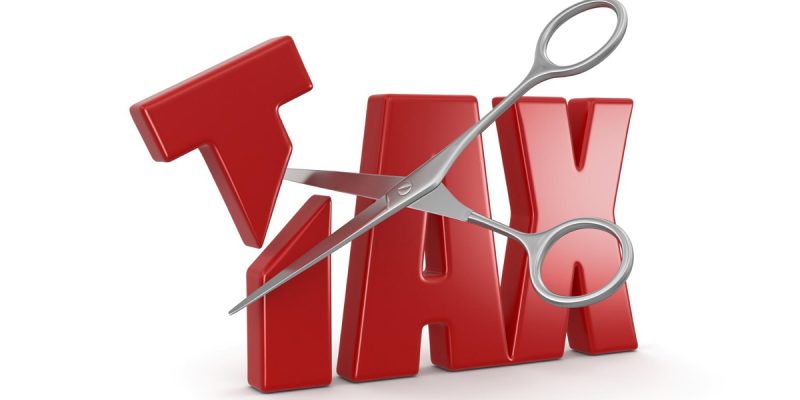 Senators John Kennedy and Bill Cassidy have the opportunity to give the hardworking people of Louisiana some much needed tax relief for Christmas this year.

The United States Senate will soon be voting – likely this Thursday – on the Tax Cuts and Jobs Act, legislation that would lower the federal tax burden and drastically simplify the filing process for Louisianans at every income level, as well as spur investment, create jobs, and raise wages in the Pelican State. Here’s how:

Along with these rate cuts, the standard deduction would double to $12,000 for individuals and $24,000 per family. This change would produce immediate savings for the 1,532,990 Louisianans who currently take the standard deduction, and make it much easier for other Louisianans to fill out their tax forms, as they would no longer need to itemize to reach the lowest effective rate available to them.

The Tax Cuts and Jobs Act would also double the Child Tax Credit to $2,000 per child. This would allow the 321,160 Louisiana families who currently use this credit to spend less money on the federal government and more money on their children. In addition, this provision would also allow these families to spend less time filing their taxes and more time with their children, as the expanded credit would make it easier to file by replacing a number of smaller pro-family tax preferences.

The individual mandate included in Obamacare would be repealed under the Tax Cuts and Jobs Act. This tax, which amounts to $695 per individual and $2,085 for a family of four, or 2.5 percent of household income, which ever amount is highest, burdens 100,390 Louisianans each year. More alarming is that 77.80 percent of Louisianans who paid the individual mandate had incomes under $50,000 and 36.68 percent of made under $25,000. Repealing this tax would be a huge win for low-income earners in Louisiana.

The Alternative Minimum Tax, which burdens 32,200 Louisianans each year, would also be repealed and so would the State and Local Tax Deduction. Though the latter is a point of controversy, eliminating SALT, which would be offset by the larger standard deduction in most cases, would be great policy for Louisiana, as high tax states such as New York and California would no longer receive beneficial tax treatment.

Contrary to claims made by the Left, the Tax Cuts and Jobs Plan would benefit individual filers in Louisiana of all incomes, especially the middle class. A family of four with an income of $73,000 would see a roughly 60 percent tax reduction, amounting to nearly $2,200 a year!

In addition to lowering their individual tax burdens, the Tax Cuts and Jobs Act would also benefit Louisianans by bringing investment, new jobs, and higher wages to their state by making the dated US tax code MUCH more pro-growth and internationally competitive.

The Tax Cuts and Jobs Act would lower the corporate tax rate to 20 percent. This change is much overdue, as the US is one of just three developed countries that have failed to reduce their corporate tax rates since 2000. As such, its current rate of 35 percent plus the state tax rates (which average at 4 percent and in Louisiana ranges from 4 to 8 percent depending on business income) is highest in the developed world. Meanwhile, most of its competitors have tax rates around 15 points lower, at roughly 25 percent.

These lower tax rates for small and large businesses, along with the implementation of full business expensing for five years and the end of double taxation of profits already taxed abroad, would make it possible for US companies to compete with foreign competitors, create jobs, and invest more in the US. In Louisiana, the reforms included in the Tax Cuts and Jobs Act would create 12,611 full time jobs and an increase after tax income in the state by $1,857, according to an analysis by the Tax Foundation.

Congressmen Steve Scalise (LA-1), Clay Higgins (LA-3), Mike Johnson (LA-4), Ralph Abraham (LA-5), and Garret Graves (LA-6) brought Louisianans one step closer to the many benefits of tax reform when they supported the House version of the bill, which passed earlier this month. Now, it is of the utmost importance that Senators Cassidy and Kennedy follow suit by supporting the Senate’s Tax Cuts and Jobs Act.

Interested in more news from Louisiana? We've got you covered! See More Louisiana News
Previous Article LSU Erases Streets Named For A Confederate Officer, First Governor of Louisiana
Next Article Who Are These Atrocious People Responsible For Those Four Murders In BR Sunday?