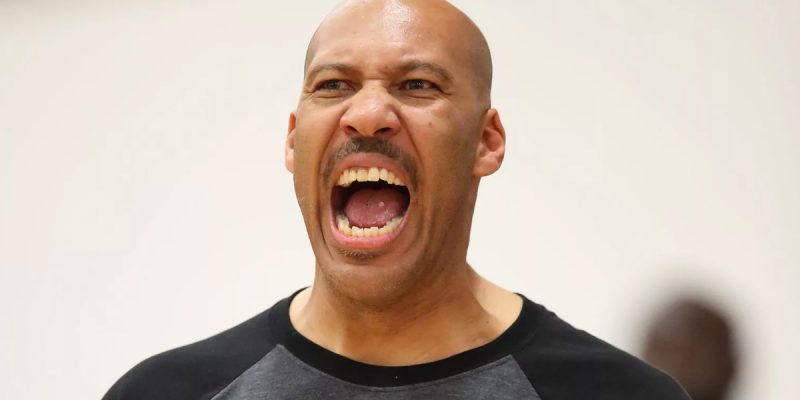 Thanksgiving is the time of year we associate with family and gratitude for the blessings we have received, both great and small.

With its roots going back to our country’s earliest colonial times, Thanksgiving is perhaps the most American holiday outside of the 4th of July.

Yet the country has been treated to the antics of two “family guys” who are decidedly lacking in character and appreciation.

Prior to his son’s shoplifting arrest in China and his ensuing social media war with President Donald Trump, Ball was best known for being one of the most obnoxious personalities in sports, as the de facto spokesman for his son Lonzo.

The perpetual self-promoter is hoping to transform his family into the Kardashians of sports and has a Facebook internet show called Ball in the Family that captures their escapades.

The elder Ball was a small time two sport athlete, who averaged 2.2 points a game in a brief stint on Washington State’s college basketball team and a practice squad player on two teams.  Yet despite having just barely qualifying as a professional athlete, Ball has made incredible boasts such as being able to beat Michael Jordan in a one-on-one game of basketball during his prime.

Not satisfied being caught up in his delusion of grandeur, Ball roped his son into the ether of his arrogance, proclaiming his eldest son Lonzo as being a better player than two-time NBA MVP and champion Stephen Curry.  In his rookie season with the Los Angeles Lakers, Lonzo Ball is averaging 8.9 points per game.

When not making Lonzo a targeted player, the patriarch of the Ball family is denying him lucrative endorsement opportunities.  Rather than signing a shoe contract with an established company that could cut a big check, LaVar insisted that the shoe companies deal with his own company, Big Baller Brands.  When none of them agreed, LaVar’s outfit produced its own $500 shoe.  I don’t any kid is going to be getting rolled for his “ZO2S” the way other juveniles were being beaten for their Air Jordans.

LaVar is proving to somehow be an even greater liability for his second son, LiAngelo.

While touring China, LiAngelo Ball and two of his UCLA teammates purloined sunglasses from a Louis Vuitton shop in Hangzhou, China.  Considering their reputation for harsh handling of internal criminal matters, the Chinese authorities were rather charitable with the trio, allowing them to post bail and remain at their hotel rather than sitting in a jail cell.

President Trump claims to have personally engaged the leader of China to secure the release of the three and the dropping of charges.

And then the situation went into full silly season, with LaVar Ball insisting Trump didn’t help at all, refused to acknowledge the assistance of the White House, and in true “Big Baller Brands” style declared that the president should have sent Air Force One to fetch his son from China.

For what it’s worth, LiAngelo did admit fault and offered thanks to the president for his help in resolving the criminal matter though you almost have to wonder if LaVar put his son up to creating an international incident to afford his father even more press coverage.

And despite his asininity LaVar Ball is Ward Clevear compared to Boyle.

Joshua Boyle is a Canadian national who was once married to the sister of a Guantanamo detainee with ties to the Taliban and al-Qaeda.  He and his new American wife Caitlan Coleman, who was five months pregnant, went “backpacking” around central Asia, wound up in Afghanistan, and were kidnapped by affiliates of the Taliban.

During the captivity, Coleman was raped and the children she had given birth to during their five years of captivity were abused.  Coleman also claimed to have suffered a “forced abortion” via intentional food poisoning.

The family was rescued by Pakistani forces based upon intelligence supplied by the US military.

Yet when a US government plane was sent to Pakistan to bring the family back to North America, Joshua Boyle refused to set foot on it fearing arrest, insisting on flying out on a plane bound for Canada.

Boyle’s recklessness traveling to a dangerous corner of the world caused tremendous misery and suffering for his wife and his young family.

And like LaVar Ball, Boyle could not pass up opportunities to preen for the cameras, delivering theatrical press conference upon arriving in Toronto.

During his talk to reporters, Boyle made a demand that the Taliban punish the outfit that had inflicted harm upon his family, an absurd scene akin to the opening moments of The Godfather where Amerigo Bonasera beseeches Don Corleone to give him justice for the violence that was committed against his own family.

Both Ball and Boyle benefited having their loved ones freed thanks to intervention by the US government and in both cases said family members found themselves in difficult situations due to their own bad judgment.

Hopefully the children will not mimic but learn from the sins of their fathers. This Thursday the rest of us should be thankful for having better family situations than the Balls and Boyles.

Interested in more national news? We've got you covered! See More National News
Previous Article Things Could Be Turning Around For Roy Moore Pretty Soon…
Next Article Is Sex with Animals Really Just Another ‘Lifestyle Choice’?