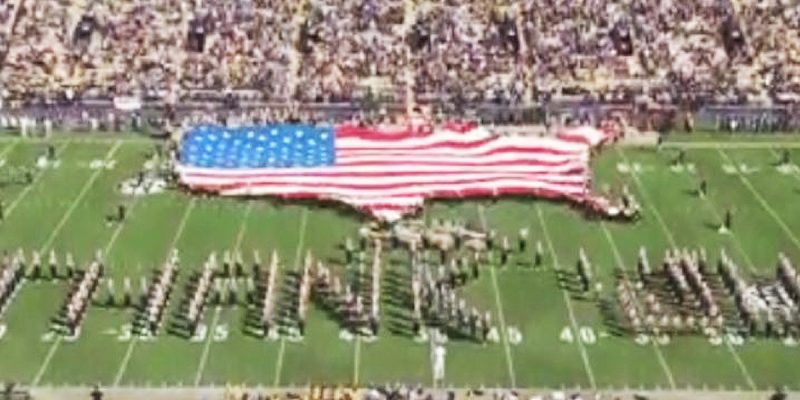 America has had a volunteer army since President Richard Nixon instituted the shift away from the draft in 1973.

All of the men and women who have worn the uniform since that time chose to do so.

The very act of wearing the uniform makes one a target and carries a risk.  Even stateside.

Domestic Islamic terrorists have targeted men and women in uniform on the homefront, from Fort Hood to the shootings at a recruitment office and naval reserve center in Chattanooga.  Every American who has either enlisted in a branch of the military or entered officer candidate school is deserving of our respect, whether they are a clerk at the Picatinny Arsenal in New Jersey or on patrol in one of the hot spots in Afghanistan.

Well almost everyone. The “exceptions” will be covered later in this column.

Even the men who were drafted into military service made a choice.

They could’ve followed the path of boxing champion Muhammad Ali and fought the system and not the Viet Cong, claiming conscientious objector status or embracing some other legal gimmick to get out of being sent to Vietnam or some other dangerous corner of the world.

Thankfully millions of other Americans didn’t.  They accepted their obligation and when the time came, performed their duty with valor and distinction.  The men who fought in World War II, Korea, and Vietnam may not have chosen to go to war, but when placed in battle, many chose to be heroes.

In some instances, servicemen made selfless decisions to sacrifice themselves to protect their comrades in arms or to achieve their objective, earning the highest recognition from their country.

As we approach Veterans’ Day, we have seen how some people have made far less honorable choices under far less trying circumstances.

The National Football League made a choice to permit the public disrespect of our national flag and anthem by millionaire professional athletes.

The protests were ostensibly started for the sake of promoting social justice but when considering the character of who kicked it off, a backup quarterback who wore provocative attire including a t-shirt featuring the image of Communist dictator Fidel Castro and socks portraying police as pigs, the sincerity of the crusade should be questioned.

Colin Kaepernick’s defenders and apologists maintained that his kneeling protest and those of other football players is about free speech.  NFL players are paid by the game.  When players engage in an action that disparages the symbols of our country in company uniform and on the clock, that’s not a matter of conscience but compliance.

This is the same league that has fined players for wearing cleats designed to raise awareness about worthy causes that have affected them personally such as cancer and domestic violence.  NFL Commissioner Roger Goodell prioritized enforcing the league dress code than ensuring respect for the country.

And while viewership and revenues have fallen, Goodell has dithered, once reportedly on the verge of taking action but at the end holding bs sessions, promoting “salute to service” licensed NFL gear, and agreeing to throw some of the NFL’s declining profits at inner city programs.

Goodell made his choice and many football fans made theirs, turning off America’s sport, in response to the commissioner’s cowardice in the face of social justice posers.

Insults to our men and women in uniform have also come from those wearing the uniform.

Sgt Bowe Bergdahl made his own bad choice in 2009 when he decided to desert his post in Afghanistan and was subsequently captured by Taliban forces and later ransomed for five Taliban leaders who were being held at Guantanamo Bay.

Beyond the uneven swap of five individuals of value to the Taliban for a soldier who was derelict in his duty, Bergdahl’s reckless conduct resulted in casualties to fellow servicemen dispatched on search and rescue operations for him.

Though Bergdahl was dishonorably discharged and demoted, he was spared imprisonment by military judge Colonel Jeffrey Nance.

The light punishment handed out by Colonel Nance is a slap to those who were put at risk to find Bergdahl, who may receive six figures worth of backpay for his time being held by the Taliban in addition to potentially cashing in by selling his story.

Bergdahl’s fate is a far cry from that of Private Eddie Slovik, who was executed for desertion during World War II.  The message that was being conveyed from the firing squad’s rifle barrels was not lost on the man who was stood up against the pole.

In contrast, Bergdahl’s light punishment will no doubt send the wrong signal to others entertaining similar thoughts. Bergdahl’s sentence is a travesty. That he suffered at the hands of his captors is irrelevant; the Taliban were not treating him poorly because he had deserted, yet it seems that his detention was considered as a kind of “time served”.

While American society has not reverted to the level of disrespect and hatred it showed returning veterans from the Vietnam War, we seem to be hurtling along a parallel course where contempt of country and especially national heritage are becoming a “virtue” and military service is becoming a “job” of no greater importance than that of a community organizer.

If you see a vet, be sure to express your gratitude and appreciation.  We can’t count on much of society to do it.