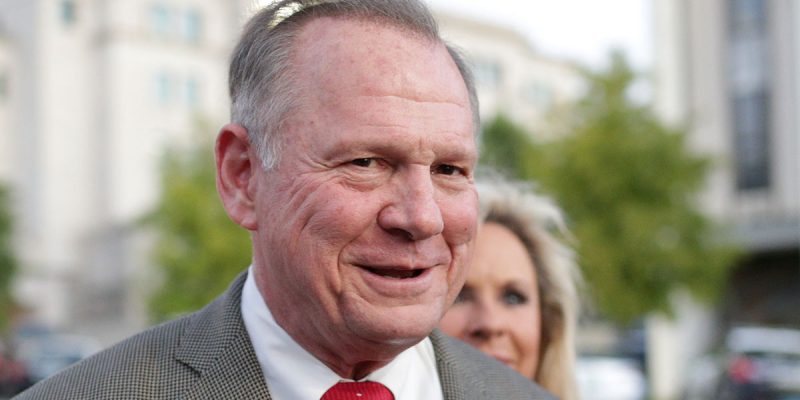 Our buddy Rick Shaftan, who’s been running Republican PAC and candidate campaigns for a long time including the state of Alabama, says the worst is behind Roy Moore as he attempts to survive a spate of accusations of past sexual harassment and win the special Senate election next month.

Shaftan was in the field with a poll of likely voters in that state, and last night on Facebook he shared some quite interesting findings…

And here were Rick’s conclusions based on his numbers…

We’re not sure. The anti-Moore folks seem to have an inexhaustible supply of women, most of them with significant strikes against their credibility, who have tumbled forth to make accusations that Moore acted inappropriately toward them in one manner or another. It appears the effect of those accusations diminishes with each one, as a significant proportion of the Alabama electorate has given up on the Moore-As-Sex-Predator narrative and refuses to believe any of it.

Either that, or after having taken a look at Doug Jones, his Democrat rival, Alabama voters have come to the same conclusion we did a couple of weeks ago that no matter how toxic the allegations, if they’re to be believed, might be, Jones’ demonstrated leftist positions are a lot more dangerous to American culture, economy and governance.

And the third piece to this is something your author wrote at The American Spectator a bit over a week ago – namely, that Al Franken chased Roy Moore off the national front page and without the media firestorm raging against Moore the fundamentals of a Senate race in deep-red Alabama have returned to the forefront.

Moreover, Rick’s poll results are only an amplification of what other pollsters are finding. Louisiana-based John Couvillon’s latest poll of the race shows numbers moving from 48-44 for Jones on Nov. 11 to 49-44 for Moore as of Tuesday. Every poll listed at RealClear Politics since Nov. 20 has Moore leading, whereas polls the previous week had Jones ahead. Moore plus-8 is not an outlying result in any serious sense.

It’s too early to draw any conclusions from what appears to be Moore’s resilience in the face of those allegations, but the latest poll results do indicate that amid the current hysteria about sexual harassment such charges are not necessarily fatal to someone’s public life. It helps to have some degree of deniability, of course – no one has lewd text messages or a gifted sex toy from Roy Moore as in the case of Matt Lauer or photographic evidence as in Al Franken’s case.

It does look, in any event, like Moore can hold the Alabama senate seat for the GOP. And that’s an indication the Republican establishment in Washington might have some fence-mending to do lest a truly iconoclastic Moore arrives in DC next month as a veritable angry bull in a china shop.

Interested in more national news? We've got you covered! See More National News
Previous Article It Looks LaToya Cantrell Is In Big Trouble Over Her Abuse Of City Credit Cards
Next Article Garrett Graves Announces The Passage Of FEMA Reforms By A Congressional Committee