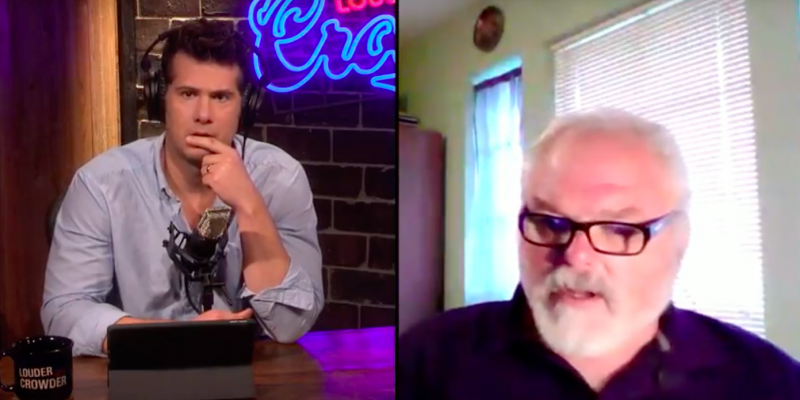 If you’re starting to feel like everyone in America is either a morally bankrupt celebrity or corrupt politician, then this is the video you need to watch. Steven Crowder sat down with American hero and certifiable badass Stephen Willeford, who shot back at the Sutherland Springs shooter after he killed almost 30 people in a Baptist church Sunday.

Willeford, who has lived in Sutherland Springs a long time and loves his community, gives you his firsthand experience of hearing gunshots from his house and diving headfirst into an extremely dangerous situation. The guy is extremely humble and remarkably well-spoken.

I was at home, and I was in my room relaxing. I started hearing a sound and it sounded like someone tapping on my window. I’m about a block away from the church. My older daughter ran in, she was cleaning dishes in the kitchen and said, ‘Dad doesn’t that sound like gunfire?’ I said, ‘That sounds like someone tapping on the window.’ It was a rapid tapping. I went to the window and I could not see anything. I followed her into the kitchen and when I got into my kitchen I could tell it sounded like gunfire.

I ran to my safe and opened my safe, and my daughter ran outside, got in her car and drove around the block while I got my AR-15 out of the safe. I ran back and got a box of ammunition and she said, ‘Dad there’s someone in tactical black gear shooting at the Baptist Church.’ I said call your mom. My wife and daughter and her husband were building their house, they were over at my property five miles down the road. I called her and said ‘Stay put, stay put, we have an active shooter situation at the Baptist church, just stay where you’re at.’

Before heading out, Willeford tells his daughter to load a magazine clip to keep her busy while he deals with the shooter. Once he nears the church, he sees Kelley and begins exchanging gunfire, using a neighbor’s truck for cover.

When Kelley drives away, Willeford flags down a guy who watched the whole thing and they give chase to Kelley while calling the police. Willeford talks about how eventually Kelley stops and he holds a gun to Kelley’s truck until the police come.

Willeford admits that he’ll probably need to see a counselor to process everything he’s gone through. Right now, the media won’t let him leave his house and all he really wants to do is hug some of the victims of the shooting. His family have lived in Sutherland Springs for a long time, and every year he goes with the Baptist Church for charity.

I’m having all kinds of issues, I know police officers go through counseling and I probably have to go to a counselor. I’m a little bit angry at the media, that’s going to make you happy. My issue is I feel like a prisoner in my own home. This is crazy crazy, they’re coming up to my door and sticking cards in my door.

But even with all the trauma, he said he would do it all again if he had to.

Willeford, who is also an NRA instructor, also gives the solid point that he used an AR-15 to combat Kelley’s AR-15.

If I had run out of the house with a pistol and faced bulletproof vests with kevlar helmets, it might have been futile. I ran with an AR-15 and that’s what he was shooting the place up with. I hate to politicize that, but that’s reality.

The whole video is worth a watch. We see plenty of awful of people everyday in our news cycle, but guys like Willeford show what the best of America can be. Texas, and America for that matter, should be proud to have a guy like him.

Interested in more news from Texas? We've got you covered! See More Texas News
Previous Article The Left’s Gun-Grabbing Ghouls Are In Ecstasy Over Sutherland Springs
Next Article On Joe Alleva, Seat Licenses, College Sports And The Tax Reform Bill