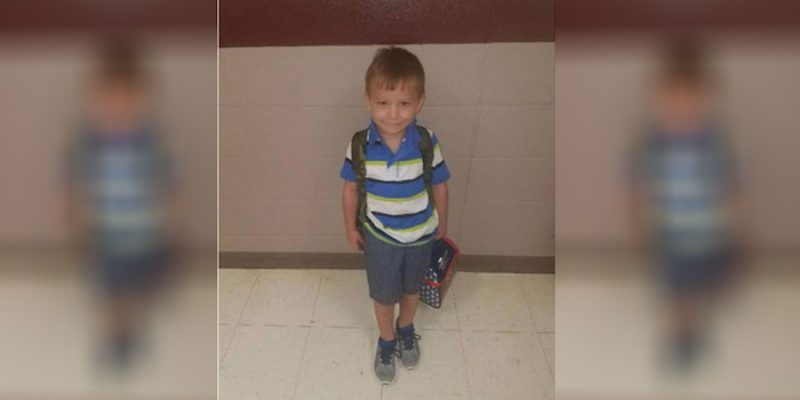 Let’s help Santa grant this child’s wish this Christmas. Please help his story go viral. And send him some Christmas cheer along the way.

On November 5th, Ryland Ward miraculously survived the Sutherland Springs, Texas church shooting after being shot five times. He’s still recovering in a local area hospital and is expected to remain there for another 6-8 weeks.

He’s asking for Christmas cards to fill his hospital room. He especially likes cards that have pictures of other children or animals and pets in them.

What Ryland doesn’t know yet is that his mother and sisters were killed in the shooting. According to the local news, his grandmother remarked:

They still haven’t told him yet that his mom and sisters are dead, but I’m sure he’s kind of getting some kind of idea because he’s 5.

Ryland faces a long physical recovery ahead of him. Not to mention the shock and grief that will follow when he learns the fate of his family.

His surviving family members are asking Santa’s helpers to help raise money to buy Ryland a go-kart. Perhaps he needs other gifts to cheer him up as well?

Cards and photos can be sent to Ryland here:

Donations to help with Ryland’s hospital bills can be made here.