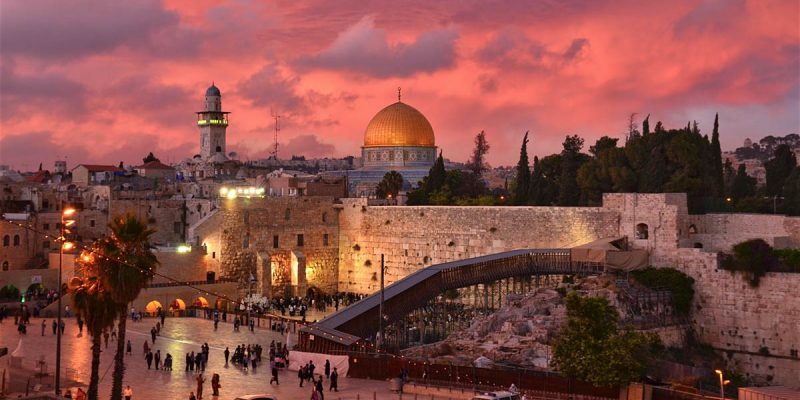 By announcing that the United States would move our embassy to Jerusalem and recognize the historic city as the capital of Israel, President Donald Trump has once again delivered on a key campaign promise.

In his first year in office, President Trump has made it a refreshing habit to fulfill his pledges to the American people. Whether it is removing the United States from the odious trade deal known as the Trans Pacific Partnerships (TPP) or bowing out of the expensive and unfair Paris Climate Agreement, President Trump has been keeping true to the vows he made as a candidate.

In the case of the Jerusalem decision, President Trump is acting with courage, while previous Presidents only made hollow campaign promises.

Presidents Bill Clinton, George W. Bush and Barack Obama all pledged to recognize Jerusalem as the capital of Israel, but none of them delivered on their promise. Obviously, these pledges were only made for political purposes. Once in office, Trump’s predecessors caved to the pressure from the United Nations and the Muslim world. Sadly, they allowed foreign powers to dictate such a monumental decision.

This President has a refreshing ability to act alone. He does not bow to international pressure. If he did, he would have kept the United States in the TPP and the climate change accord. If he worried about criticism from foreign leaders, he would not have lectured NATO members about paying their fair share of defense costs.

Donald Trump makes decisions not based on global concerns or coercion from the international community, but on what is in the best interest of the United States of America. During the campaign, he promised that his focus would be on “America First.”

Recognizing Jerusalem as the capital of Israel is not only in the best interest of Middle East peace, but it is also in the best interest of the United States of America. As noted by Nikki Haley, the U.S. Ambassador to the United Nations, “For 22 years, the American people have overwhelmingly supported” officially recognizing Jerusalem. She continued, “This week President Trump finally made the decision to no longer deny the will of the American people.”

Having a President follow through on his commitments is reassuring to all of our allies and sends a strong message to our adversaries. Hereafter, all countries will realize that the United States is led by a President who believes that his word is his bond. This will help promote peace abroad and end international concern about the faithfulness and tenacity of our country.

During the Obama administration, there was obviously plenty of international concern about a country that did not follow through on its commitments. For example, President Obama completely abandoned Iraq in 2011 and left a void that was filled by the terrorist group ISIS.

In contrast, this President promised to “bomb the hell out of ISIS.” The results have been stunning as ISIS is in total disarray and fleeing the onslaught of U.S. military forces. The terrorists have left behind their supposed caliphate in Iraq and Syria and are trying to remain relevant as a fighting force. President Trump has let the military commanders make battlefield decisions and changed the oppressive Obama era rules of engagement. As a result, our military has secured quick and overwhelming victories over ISIS.

When he announced his military plans of defeating the enemy during the campaign, the President was mocked by his opponents, but the American people are enjoying the benefits of those policies today. Likewise, many foreign leaders, Democrats and GOP deep state operatives have spent the last several days blasting his Jerusalem declaration, Years later, historians may refer to this decision as the key one that helped the Middle East peace process.

In the aftermath of this decision, the enemies of Israel will no longer question the stance of the United States of America or the courage of our President. They will understand that the United States will not abandon Israel, the only democracy and our only true ally in the region.

Once this reality is understood by all, the peace process can move forward. However, it was first essential to restore Jerusalem as the capital of Israel, the true home of the Jewish people for 3,000 years.

Thank goodness, the United States has a President who has rectified a horrible injustice that was committed against the people of Israel. This travesty was allowed by many previous U.S. Presidents, but, finally, we now have a President who acts with both courage and foresight.

Despite the threats from Muslim leaders and the political opposition both in the U.S. and abroad, President Trump’s bold decision this week will ultimately lead to a safer Middle East and a safer world.