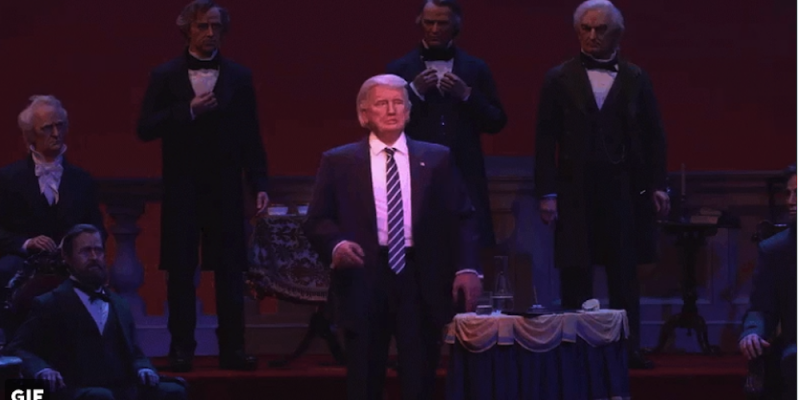 Unlike Madame Toussad’s, where famous people are represented by wax models, these figures are animatronic, or called a “robotic facsimile.”

Trump’s figurine moves his head and arms and gives a brief speech (which Trump recorded earlier this year.) The only figurines with a recorded message are those of Bill Clinton, George W. Bush, Barack Obama, and Donald Trump.

The Magic Kingdom debuted the Hall of Presidents in 1971. Every time there is a new president, the Hall is updated. The hall was closed in January to upgrade the theater’s sound, light and projection packages. It recently reopened, debuting the latest addition, President Trump.