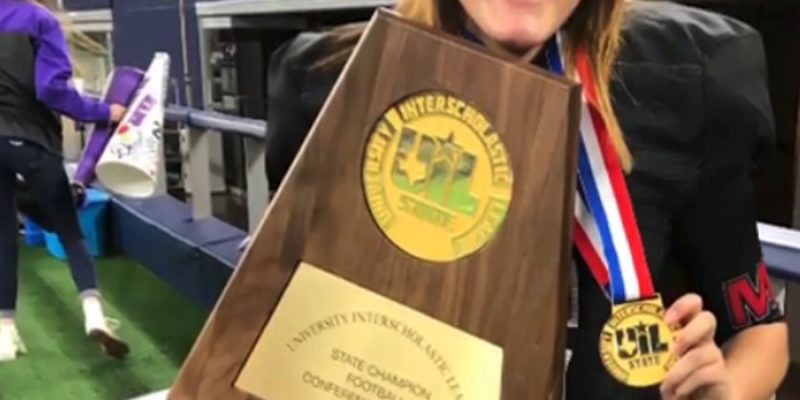 Strawn kicker K-Lani Nava made school history– and state history– as the first female to play and score in a championship football game. She converted 9 of 10 extra point attempts for the Greyhounds. Her team team won the Class 1A Six-Man Division II state championship on Wednesday at AT&T Stadium. 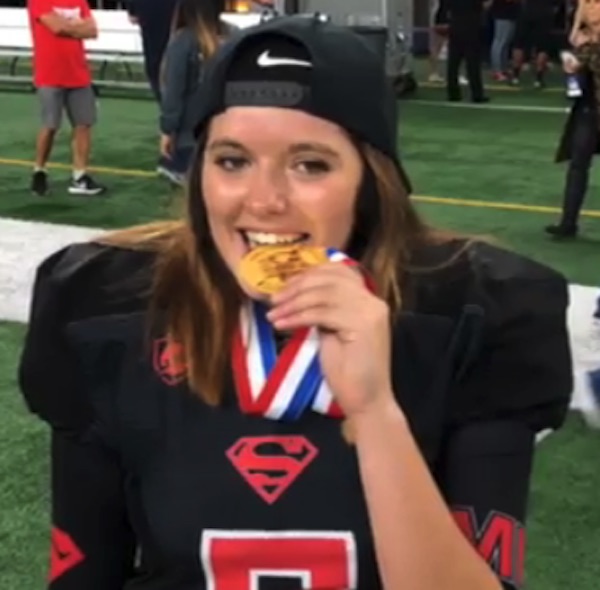 It’s amazing. It’s the best way to end my career, my senior year, everything … it’s the best feeling ever.

It feels pretty great. I didn’t really think about it too much today because I didn’t it want it too much in my head and freak out. I just acted like every other girl played on this field like me.

Except the other players were high school boys outweighing and overshadowing her 5-ft 2-inch frame.

“I had zero pressure,” Nava said, according to TexasFootball.com. “I did think about it [the first kick] this morning, but when I got on the field and ready to kick, it didn’t cross my mind. All I worried about was the ball getting on the tee, and me making the right contact with it. I do my job. I know the snapper and my holder do their jobs. They do those jobs very well, and I trust them.”

What a great way to end the year, and a great Christmas present for the team.