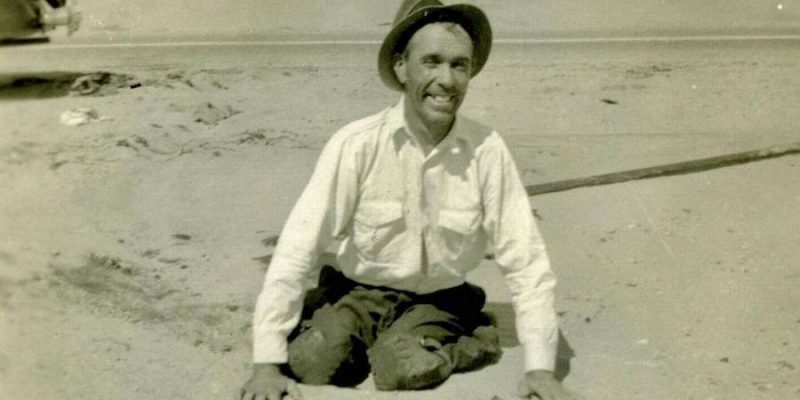 Before there was Walmart there was Leonards Department Store in downtown Fort Worth, which took up four city blocks. Before he became the Nashville country music legend, Willie Nelson was a Fort Worth country music radio personality, a door-to-door vacuum salesman, and a Southern Baptist Sunday school teacher.

Since 1963, however, the two were connected by Nelson’s Christmas song, “Pretty Paper,” about a disabled street vendor selling “pretty paper, pretty ribbons” for pennies while crawling on the dirt road-sidewalk outside of Leonards. As a West-Texas boy, Nelson would take trips to Leonards, which was at the time, America’s first supercenter.

The man behind the lyrics was identified last year. The Star-Telegram, with the help of some readers from Palo Pinto County, and the man’s Houston-area family, it uncovered the mystery of the man Nelson sang about and shed light into the interconnected history of downtown Fort Worth.

The lyrics about a street vendor who was disabled by spinal meningitis, match the description of Frankie Brierton of Santo, Texas. From “Pretty Paper”:

Downtown shoppers, Christmas is nigh

There he sits all alone on the sidewalk

Hoping that you won’t pass him by

Brierton was a street vendor who worked in Dallas, Fort Worth, and Houston. His daughter, Lillian Compte of Conroe, never knew the Willie Nelson song was about her dad until recently. She told the Telegram that her dad sold pencils at the Fort Worth Stock Show, the State Fair of Texas in Dallas, and on Main Street in downtown Houston. She said:

He was my father — that’s all I knew. He sold pencils. He crawled around on his hands and knees. But we never did without. 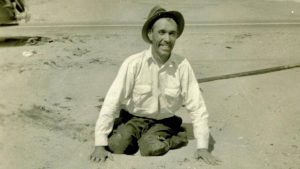 Image Credit: Courtesy Photo from the Star-Telegram of Frankie Brierton of Santo (1899-1973).

Bierton chose not to use a wheelchair. He pulled himself along the ground, using thick gloves and kneepads made from tire treads. When he positioned himself outside of Leonards at Houston or Throckmorton streets,  he wore a vest with a pencil rack and coin box sewn into it.

Christmas season in the 1950-60s was so busy that nearly 200 people would cross Houston Street at each light change. Sometimes there were so many people that it would take two lights to be able to cross the street. Most shoppers, employees, and others remember the man sitting on all fours selling pencils outside.

Years later, his story still brings tears to people’s eyes, and even more meaning to a Christmas-time song for a daughter who never knew it was about her father.