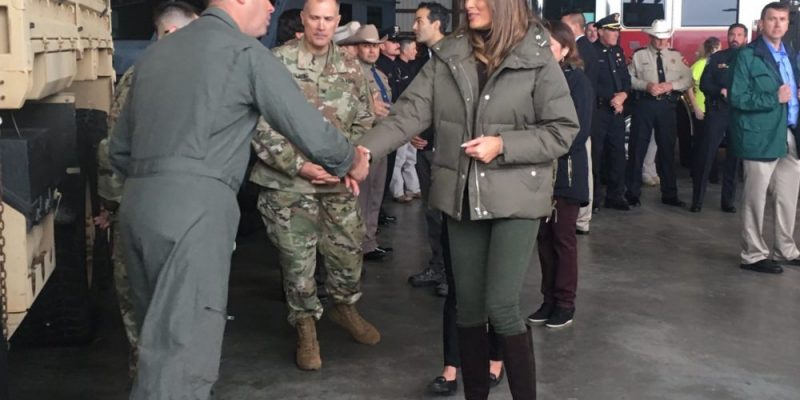 Happening now: @FLOTUS helping pack donation boxes for families still in need. Thank you to @CoastalBendFB for your efforts after #HurricaneHarvey! pic.twitter.com/z2M4J5pQfy

They also visited Rockport, a nearby area that was decimated by Harvey and visited an elementary school in Aransas Pass.