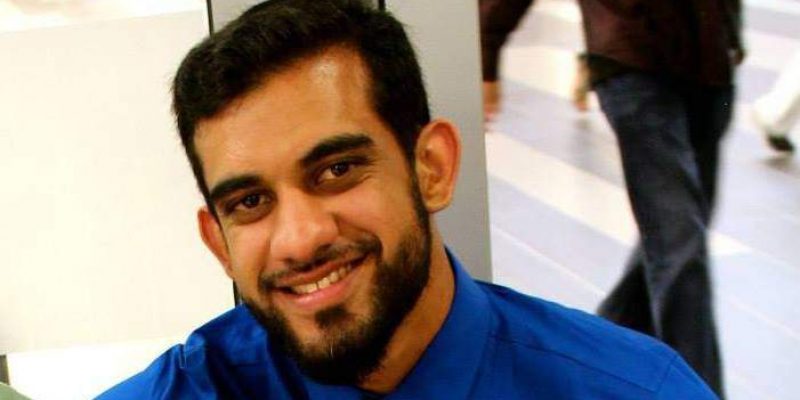 On Monday a U.S. citizen and Houston-area resident pled guilty in federal court for attempting to aid the terrorist organization, ISIS.

Asher Abid Khan, 23, admitted to conspiring to provide material support and resources to ISIS. He also expressed his hope to study sharia in Iraq, revive the Caliphate, and die as an Islamic martyr.

According to the U.S. Attorney’s Office for the Southern District of Texas, the Federal Bureau of Investigation’s (FBI) Joint Terrorism Task Force launched an investigation in 2014 into Khan and his friend, Sixto Garcia, of McAllen, Texas, who had planned to travel to Syria via Turkey to fight for ISIS.

The criminal complaint states that Khan, Garcia, and several others involved in the plan communicated using  electronic communication and social media platforms, including Facebook. Khan had also discussed his plans with a resident of Spring, Texas, whom he’d known since his freshman year of high school.

In 2013 Khan left Texas for Australia to live with a relative. By January 2014 he had contacted the Turkish-based foreign terrorist fighter facilitator, Mohamed Zuhbi, expressing his desire to join ISIS because “he didn’t like living in the west anymore” and wanted to “help his brothers and sisters to seek his maker’s mercy. According to court documents, investigators allege Khan wrote in one Facebook message, “I’d like to join [ISIS].”

According to federal prosecutors, in mid-February 2014 Khan gave Garcia detailed travel instructions for purchasing a one-way plane ticket from Houston to Turkey. On February 24th Khan met Garcia in Istanbul, and gave him money and a contact number for Zuhbi. Khan returned to Houston for family reasons and never made it to Syria. After his return, Khan contacted Zuhbi to introduce him to Garcia and asked that he help Garcia get into Syria.

Over the next few months, Garcia attended fighter training camps and stayed in touch with him and Zuhbi. By early August, with Khan and Zuhbi’s help, Garcia reached ISIS. All communication stopped by the end of September. According to the affidavit, Garcia’s mother received an electronic message that her son had died a martyr.

Zuhbi is believed to still be either in Turkey or Syria.

Khan’s sentencing is scheduled for March 5, 2018. Giving aid and comfort to terrorists operating in the U.S. and abroad carries up to 15 years in federal prison and a maximum fine of $250,000. However, because Khan entered into a plea agreement with federal prosecutors, he may face lesser sentencing. If he fully cooperates with ongoing federal investigations, prosecutors will drop five counts from his indictment, including three conspiracy counts.

If Khan’s case had gone to trial, and he was convicted of all charges, Khan could have been sentenced to life in a federal prison.