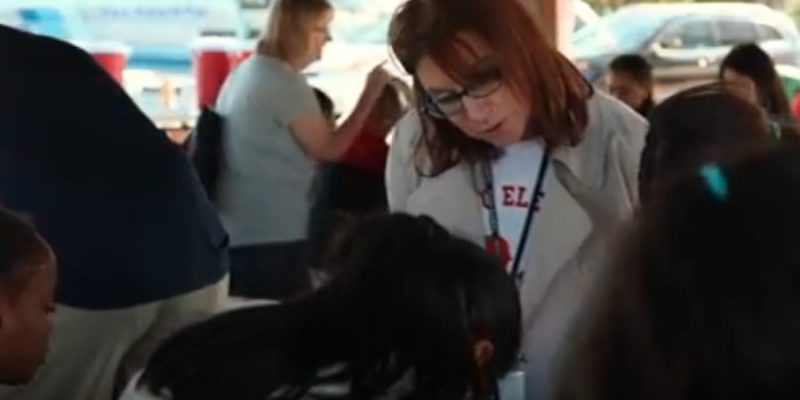 The Environmental Protection Agency (EPA) has been working for decades to protect and restore roughly 15,000 acres of coastal habitat along the Gulf of Mexico. Working with the Gulf of Mexico Community-based Restoration Partnership, and state and federal agencies, the EPA has identified individuals and businesses who are committed to protecting the fragile wetlands that make up 37 percent of the total coastal wetland of the United States.

Dana Pounds, marine biologist and executive director and co-founder of Nature’s Academy, won first place in the individual category of the EPA’s Gulf Guardian Awards. Dana founded Nature’s Academy in 2007 and since then has reached more than 50,000 students from 41 states and 4 countries. The EPA says of her achievement:

Dana’s impact on the Gulf goes above and beyond what any individual can accomplish. She has inspired and empowered the next generation of local environmental advocates to carry forth her love of this precious natural resource. Dana goes above and beyond expectations professionally and personally. She offered free conservation programs to 2,700 students in 2016 and hopes to expand this to 3000 students next year. To date, over 7,000 lbs. of trash have been removed from Florida’s GoM coastlines by the youth participating in her programs.

Learn the inspiring story of Dana Pounds and her journey to winning a 1st place #GulfGuardian Award in the individual category. #STEM https://t.co/Kp6wJi1bHN

EPA education focuses on the benefits of wetlands, which serve as:

The Gulf of Mexico Program Partnership developed the Gulf Guardian awards to “recognize and honor the businesses, community groups, individuals, and agencies that are taking positive steps to keep the Gulf healthy, beautiful and productive. The Gulf Guardian Award exemplifies what the Gulf of Mexico Program is all about: innovative solutions that come about when we pool resources and look for creative ways to positively impact our quality of life and economic well-being.” The first awards were presented in 2000.

Learn more about the program and was to participate here.