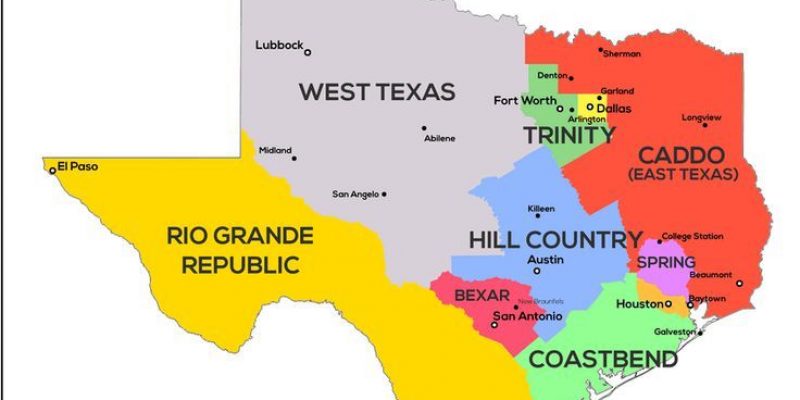 According to the U.S. Census Bureau, there are roughly 400,000 more people in Texas in 2017. In just seven years, Texas’s population increased from 25 million in 2010 to 28 million in 2017. Texas remains the second most populous state in America (second to California), but is first in the nation in terms of the number of people who have moved to or been born in the state in one year, U.S. Census Bureau records indicate.

The fastest growing areas of the state are in Texas’ major cities: San Antonio, Austin, Dallas/Fort Worth, and Houston. Migration to Texas is primarily because of increased job opportunities, and a result of mass exodus from blue states.

Population growth is attributed to migration but also the ratio of death to birth rates. Potter explains:

Potter adds that the demographics changing the Texas landscape are diversifying it:

Texas will continue to diversify with more Latinos and persons of Asian descent. The African-American population will grow slightly and the non-Hispanic white population will be pretty stable until the baby boom-aged population moves into high mortality years, at which point we will likely see declines.