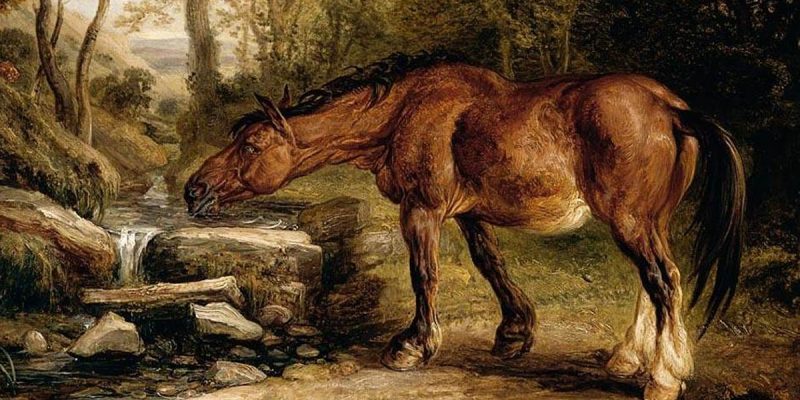 I hate to be a wet blanket here, and by no means am I unhappy with the tax reform bill Congress passed this week. It’s a very good bill, if perhaps not a perfect one, and getting it through the weak GOP majority in the U.S. Senate without a single Democrat vote (Really, Joe Manchin? Really, Heidi Heitkamp? Really, Joe Donnelly?) is a shocking accomplishment.

So don’t take this as a complaint about the tax reform bill, because it isn’t. Instead, understand that it’s much more a critique of who and where Louisiana is right now.

Namely, we are very poorly poised to take advantage of the opportunities the tax reform bill affords us, particularly relative to other states with whom we compete economically.

This morning there was an op-ed, reprinted here at The Hayride, by Steve Scalise and Bill Cassidy discussing the positives the bill offers to Louisiana. There are some big benefits included in that piece – like for example the $100 million in coastal restoration funds the bill will shake loose to the state, which will undoubtedly put some of our people to work on projects that should benefit our economy long-term (the more land we have, the more opportunities to work that land and generate revenue from it). Or the fact that a provision in the bill allows people to recoup the tax loss from liquidating retirement savings to pay for repairs to flood-damaged homes, something John Bel Edwards had dropped the ball on and then made a stink over when the Texas and Florida delegations had put into the bill (see here for more on that). Or that the Historic Preservation tax credit was maintained, which is good news for lots of homeowners in New Orleans who spend lots of money fixing up old places.

Those things are fine, and will help.

But Congress can only lead the horse to water. It’s up to the horse to drink. And right now Louisiana is the dumbest, most dehydrated horse in the herd. That doesn’t seem to be changing in the immediate term, either.

Let’s remember that we’re not only the worst-run state in America, we’re also the worst-performing state in the country in economic terms. That’s where we’re starting from.

And as we noted yesterday, that failure is magnified with the rising of the tide.

Which is the real problem.

Those of our readers who are old enough will remember that the 1980’s, a decade which saw earth-shattering economic growth across America, was nothing less than an economic disaster for Louisiana. Business streamed out of the state at such a rate that there was a common joke about “the last person to leave Louisiana needs to turn out the lights.” I graduated high school in 1988; the number of my high school classmates who stayed in Louisiana was less than a third, according to research one of them did a few years ago. Everybody left Louisiana for college, and they never came back.

We’ve all got aunts, uncles, nephews and nieces and brothers and sisters and parents who left Louisiana for greener pastures. The one thing Bobby Jindal could credibly claim was that during the eight years he was governor he largely stanched that bleeding.

Look, people are going to move to other states. That’s a function of a modern economy – people are geographically mobile as well as socially mobile, and they’ll go where the opportunities take them. So to an extent we’ll just have to live with some of our people moving to Texas or Florida or Tennessee. What we want and need is that when they do leave, they get replaced by other folks moving in. That’s how it works in those other states.

But that’s never really been the case here. Louisiana is far and away the least geographically mobile state in the union. Some 80 percent of the people living here were born here, which is a number nobody else can match. That’s an asset in terms of our unique culture; go to a Phoenix or Charlotte and you’ll know what I’m talking about; those are boring, anodyne places where the food sucks and the architecture puts you to sleep – they’re great places to work and make money, but they’ve got no character compared to a New Orleans or a Lafayette.

But here’s the thing: that culture may be awesome, but there aren’t all that many people who’ll choose it rather than an opportunity to make a good living, and there are far fewer barbarians from places like Dunwoody or Frisco who’ll give up their prosperous, anodyne existence complete with Wednesday night feasts at Ruby Tuesday’s for the genteel poverty of the Marigny. That’s why Louisiana used to have eight congressional seats apportioned to it a couple of decades ago and now has six.

And when we’re growing at one percent or less while our neighbors are growing at five or six, which is likely going to be a feature of this tax reform bill’s passage, that geographical mobility is going to be devastating for Louisiana just like it was in the 1980’s.

It doesn’t have to be this way, you know. Louisiana can wise up and take the opportunity to compete with the states who have been kicking our ass, by embracing a host of governmental and economic reforms including a real revamp of the tax code. But anybody who thinks that’s in the offing while John Bel Edwards is the governor simply isn’t paying attention. He proved once again this week that his idea of “tax reform” is coming up with new ways to raise taxes, and this comes after supposedly spending the fall meeting with “business leaders” around Louisiana.

We don’t know who Edwards was talking to – the guess here is he sat down with a bunch of government contractors and explained to them he could make them richer if he could raise taxes and thus have more swag to dole out to them – but if he was really engaged with the private sector and really believes after that engagement that higher taxes is what Louisiana business wants, things are worse than anyone thinks.

And maybe they are. Yesterday the Baton Rouge Advocate, which over the weekend put out a ridiculous article complaining that ExxonMobil, the largest employer, taxpayer and economic driver in the Baton Rouge area (ExxonMobil’s payroll alone is a half-billion dollars a year in Baton Rouge), is saving some $35 million per year in tax breaks through the ITEP program and is somehow thus impoverishing the city-parish government which has to make do with a mere $911 million a year in its bloated budget and followed that up with a screed whining that the tax reform plan will “devastate” LSU athletics by eliminating the tax deduction for seat licenses (we’ve debunked that nonsense already here), had a story reporting on a new Southern Media and Opinion Research poll which pegs Edwards’ current approval rating at 65 percent.

We think that poll is ludicrous, as there is no reason Edwards’ approval rating should have risen 11 points since May. But we have to concede that whatever the number, Edwards is not the embattled failure of a governor in the eyes of the populace that any objective view of his performance ought to make him – and it’s not just the outright daily fraud perpetrated on the public by the state’s news media in his favor which accounts for the disconnect. The state’s electorate simply doesn’t hold its politicians to a high enough standard to compete with our neighbors in terms of policy or performance, and that creates a culture which leads to the worst-run state in the union and the worst economic performance in the country.

These things have been known for a while. They’re about to show up in stark relief just like they did in the 1980’s. A rising tide only lifts the boats which can float – it’ll swamp the ones which are stuck in the mud.