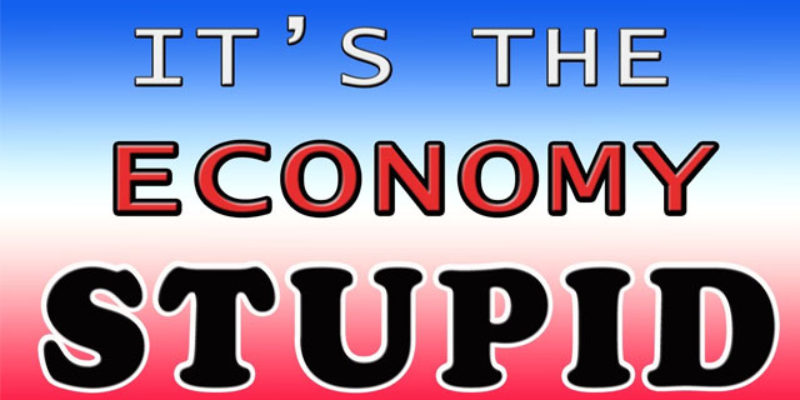 As measured by net job increase, Louisiana’s economy performed worse than any other state last year. That’s a fact.

Louisiana, one of the poorest states in the country, saw the nation’s largest decline in incomes in 2016.

Nationally, median household incomes rose 2.4% last year, according to Census figures released today and reported by Governing. The uptick is the fourth consecutive “significant increase” in the survey, but has done little to improve income inequality.

Incomes in Louisiana declined by 2.1% last year, making it one of four states where wages did not rise. The median household income in Louisiana was $45,146.

Other states with declining incomes were North Dakota and Wyoming, both energy producers.

The easy answer to this is the oil and gas industry has gone into a swoon in Louisiana – some of which comes from the drop in oil prices, but more of it comes courtesy of competition from other states in the industry. Texas is kicking our ass, just like Texas is kicking North Dakota’s ass. And unlike North Dakota, which has structural problems of getting Bakken Shale oil out to refineries without suitable pipeline infrastructure, which means fewer new wells being drilled (it’s new wells which are where the jobs are; once a well is drilled and operating you really don’t need so many people working), Louisiana’s problems come courtesy of taxes – raising the state sales tax and removing much of the state reimbursement on inventory taxes – and Gov. John Bel Edwards’ endorsement of a cabal of trial lawyers pushing lawsuits by coastal parishes against the oil and gas industry.

There would be job losses regardless. Edwards’ policies have made them worse, and his administration is doing absolutely nothing to incentivize private sector economic growth. What’s more, he has nothing on the table to address the situation further. Edwards is continuing to push for an increase in Louisiana’s minimum wage, which will cost more jobs.

How are we doing so far in 2017? Not much better. The Current Population Survey, which is a survey of households, shows nearly seven thousand net jobs lost from August of 2016 to August of this year, while the Current Employment Statistics survey, which measures payroll, says the state gained 3,400. While nationally the job numbers have been poor over the last 12 months, Louisiana’s economy is still lagging.

At this point it’s probably time for the state’s media to begin asking Edwards what he’s going to do about jobs and the economy, especially since, as Cameron Henry said last week, all he seems interested in is how much more in tax revenues he can get his hands on.

Interested in more news from Louisiana? We've got you covered! See More Louisiana News
Previous Article Max Gruver’s Tragic Death Might Be The End Of The LSU Greek System
Next Article There Are National Media People Now Calling For Sean Payton’s Head…