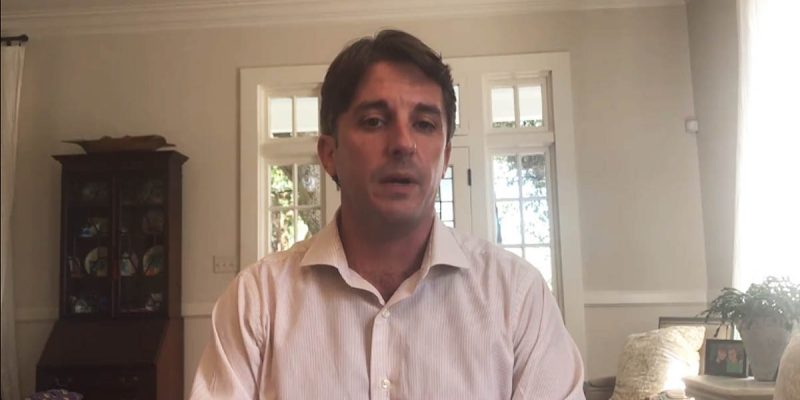 You might think it’s football season, seeing as though both the Tigers and the Saints (not to mention the Ragin’ Cajuns, Green Wave, Jaguars and others) have opened their 2017 campaigns and there’s a little bit of a nip in the air in the mornings, and you’re not wrong. But according to state representative Cameron Henry (R-Metairie), the chair of the House Appropriations Committee, it’s not just football season you ought to be aware of. It’s fear season.

What’s fear season? Well, to sum up what Henry says in the video below, it’s the time of year in which Gov. John Bel Edwards starts running his mouth about how the state of Louisiana can’t make ends meet on the “paltry” sum of money the taxpayers have to offer us, and starts suggesting things that will have to be cut if the taxpayers don’t up the ante. And this fear season promises to be a very active one, on account of the “fiscal cliff” set up by the “temporary” sales tax increase Edwards rammed through the legislature last year, which expires in 2018 and creates a billion-dollar hole in the budget.

Henry notes Edwards has already prepared the ground for a fresh attack on the TOPS program, which Louisiana has plenty of money to fund (for all you hear about how out of control TOPS spending is, it’s still barely one percent of the state’s $28 billion budget). There will be lots more – perhaps a new run on college football having to be discontinued, or developmentally disabled children having to be fed to the alligators, or, our favorite from this past spring, the orphans and foster children who’ll get heat stroke over the summer because the beater cars the employees of the Department of Children and Family Services are driving are liable to break down as they’re transporting the kids around. Yes, that dire warning was actually put out there in public.

Henry says that after fear season comes blame season, in which scapegoats are found for Edwards’ inability to motivate legislators and the public to raise the taxes he wants. He expects the villains next year will be the business community, with whom Edwards is currently having a series of meetings that amount, more or less, to lectures by the governor to business people about how their niggardly spending preferences are starving the state government and Louisiana’s needy. When no support materializes for the tax hikes he wants, those lectures are likely to become public utterances and a fresh class-warfare narrative Edwards can use to explain the failure of his policy agenda to his voting base.

These are easy predictions to make and they’re quite obviously on point, since we’ve gone through enough of Edwards’ history to recognize his modus operandi. Welcome to fear season, but you don’t have to be scared – the bad man won’t really come and get you, despite all the threats he’s making.